How do I add Team Members to a new Sub-Team?

Team members can be assigned to specific Sub-Team. This can be especially helpful if you have sales territories or other internal teams and wish to limit visibility of people, companies, projects and deals.

With Sub-Teams you can:

If a Sub-Team does not already exist it can be created while moving Team Members to it. 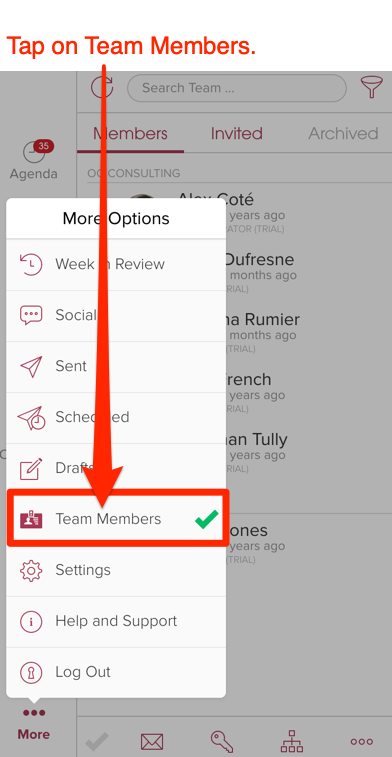 3.) Tap on the checkmarks next to each team member you wish to move to a new Sub-Team. 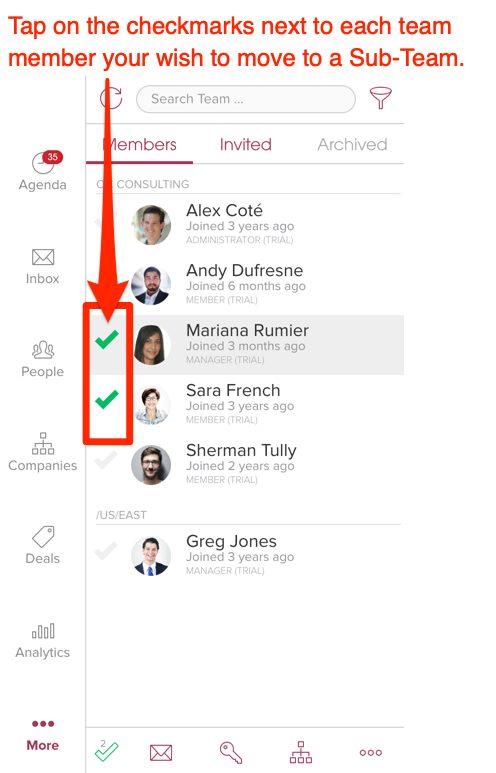 4.) Tap on the Sub-Team icon and then tap on the + icon to add a new Sub-Team below the level you select. 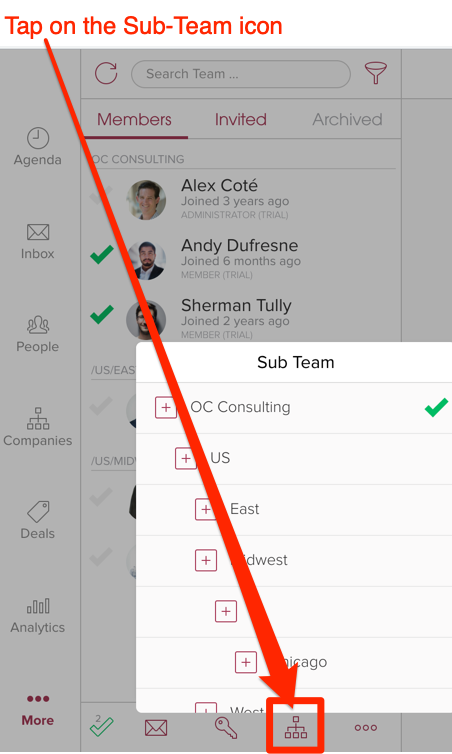 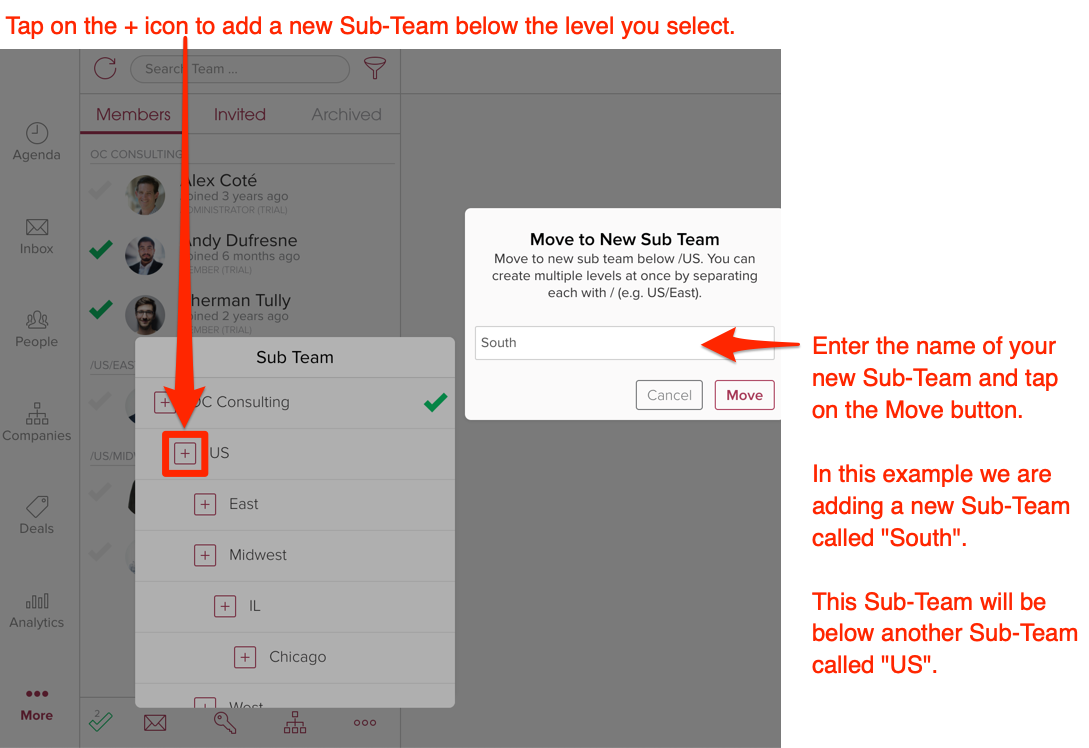 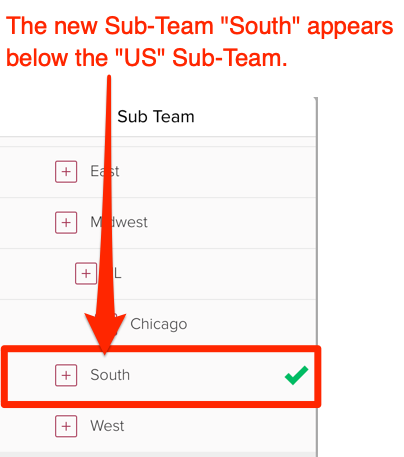 Creating Multiple Sub-Team Levels at Once

You can create multiple levels at once by separating each with "/ ".

For example you can enter in: US/South/GA/Atlanta. 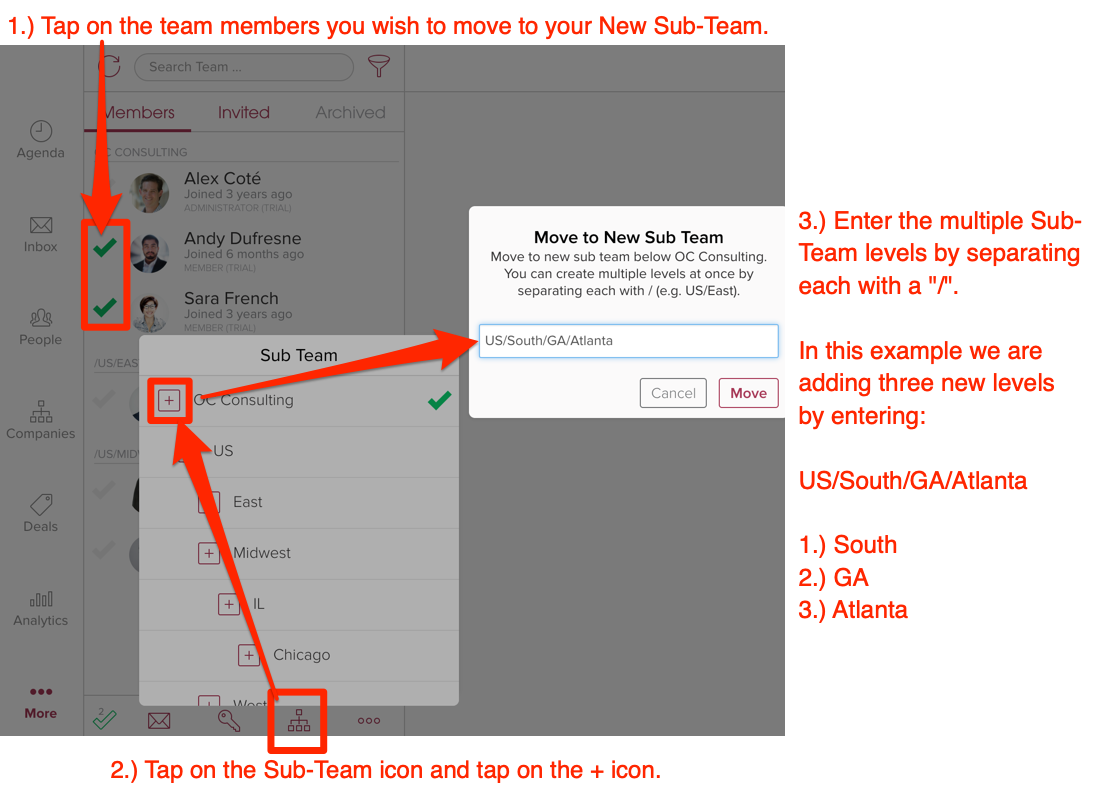 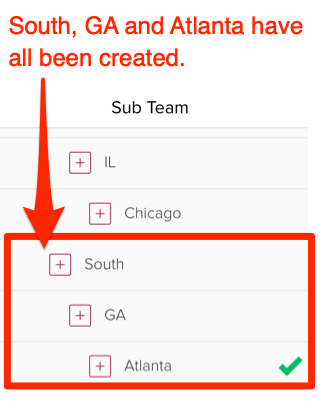