How do I enable Cloze Built-In Notes?

You can change where notes created in Cloze are saved in Settings.

3.) Tap on Calling, Notes and Maps  to expand the section and then scroll down to the Note Creation section. And select where notes created in Cloze are saved to Built-in Notes. 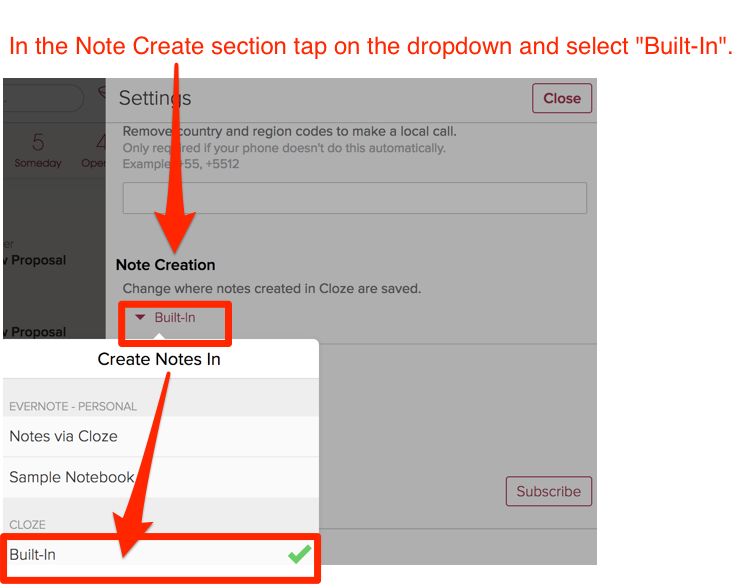