How do I add contacts from Cloze to my iPhone & iPad Contacts?

Sync your Cloze contacts to your iPhone and iPad with CardDAV.

You can sync your Cloze contacts to your phone, tablet or desktop so you can use them from any app. Cloze publishes contacts using CardDav so you never have to worry about conflicts or data getting overwritten by other apps.

1.) Open Cloze on your iPhone or iPad and then tap on More (...) in the lower right of your screen on iPhone/iPad.

3.) Scroll down and tap on Contact Sync to expand the section and Toggle on "Sync Cloze Contacts to iPhone". 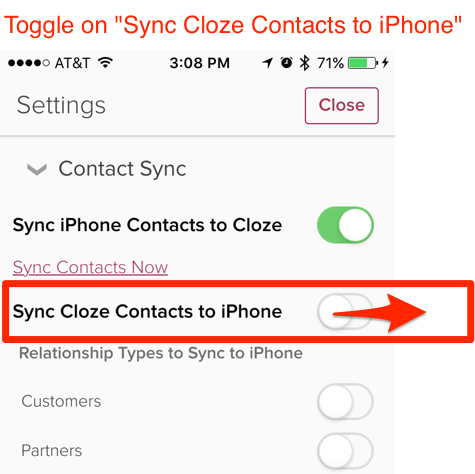 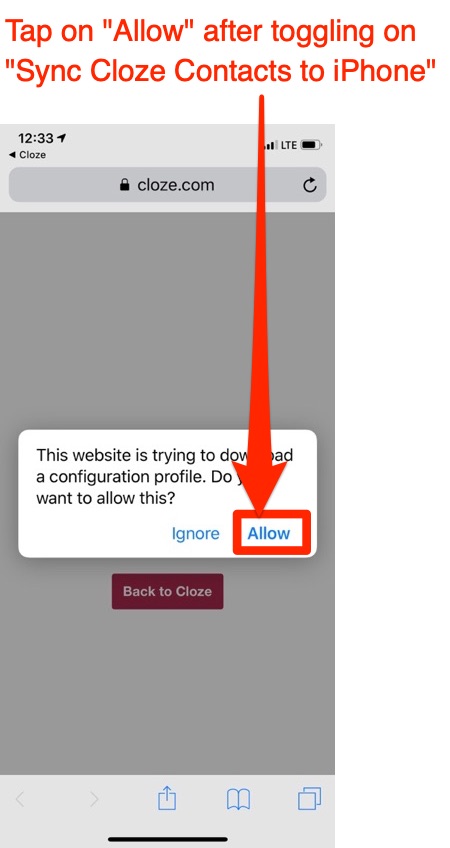 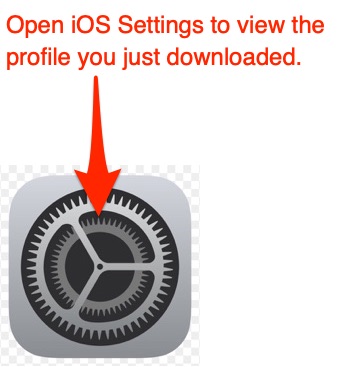 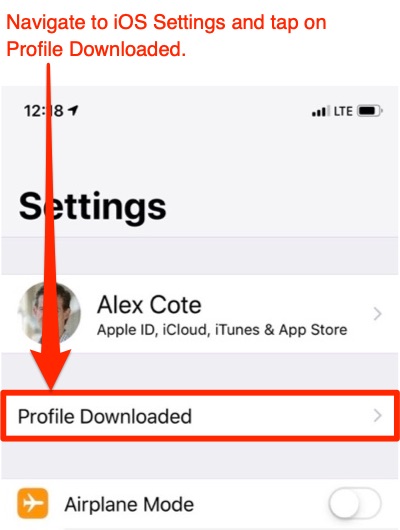 4.) Tap on Install to add Cloze Contact Syncing to your device. 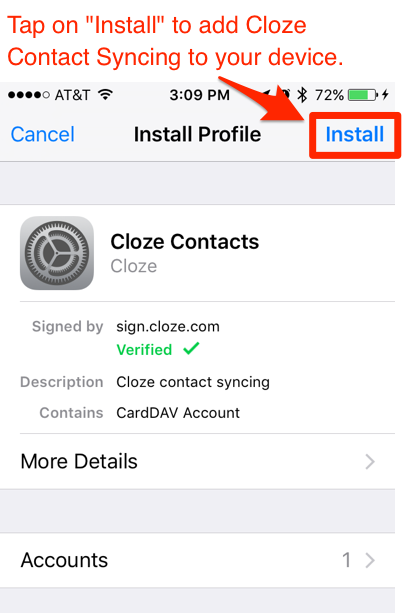 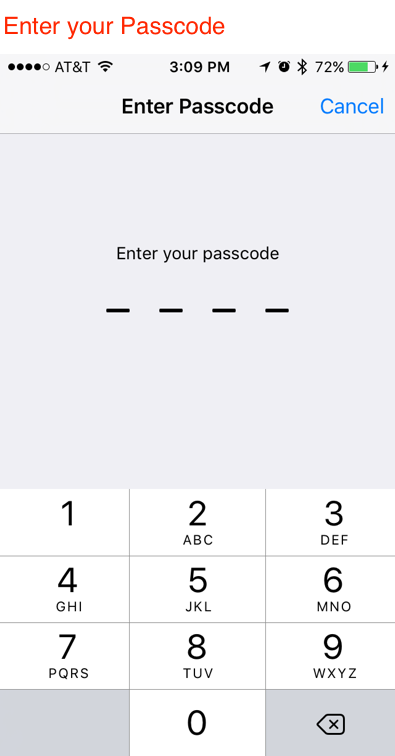 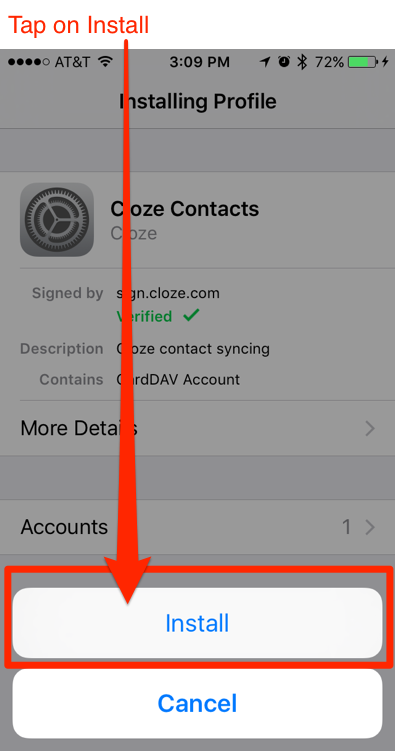 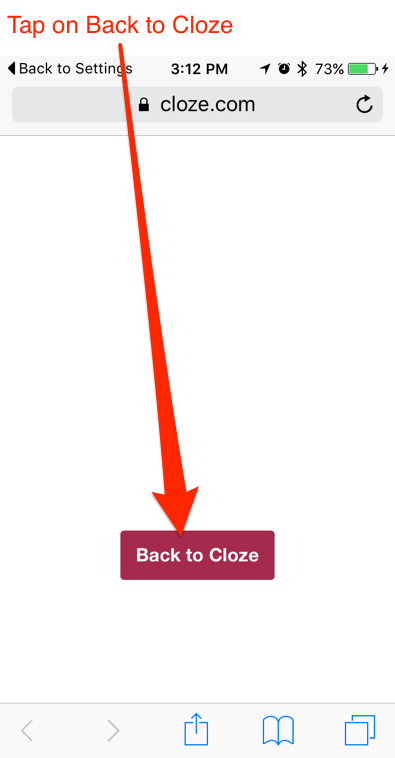 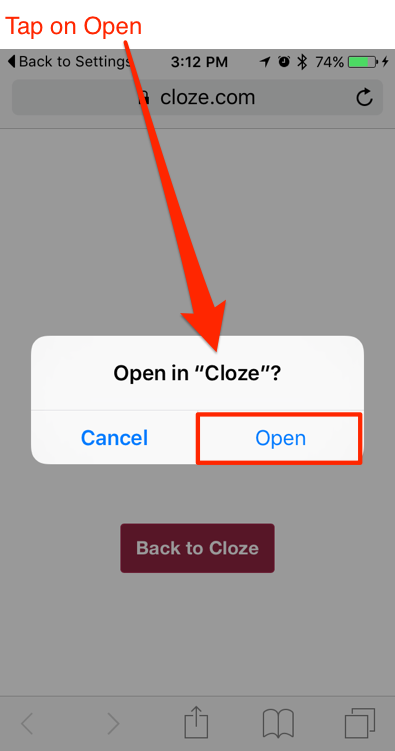 5.) Toggle on the Relationship Types (Customer, Partners, Suppliers, Friends, Family etc..) and Cloze Lists you wish to sync with your iPhone or iPad. 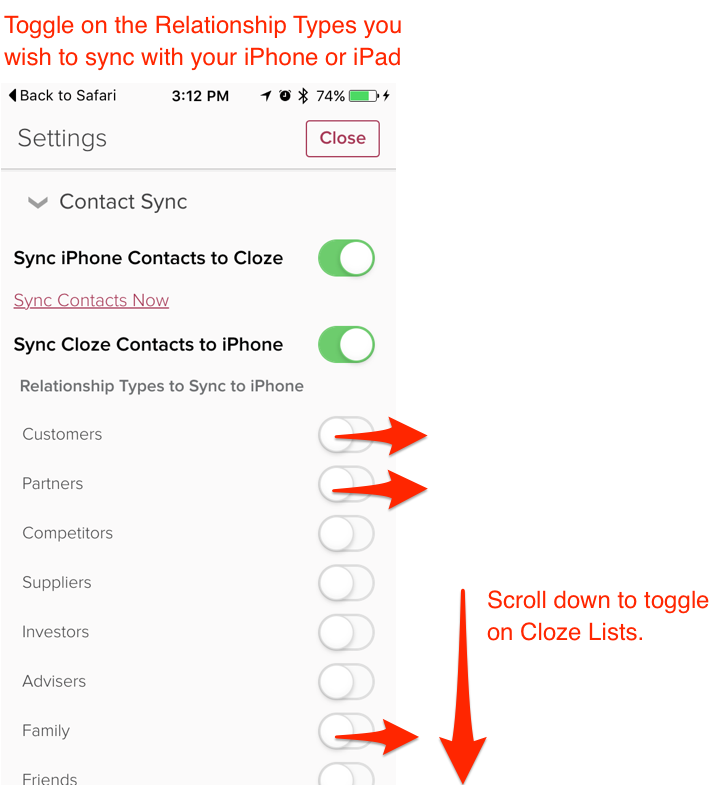 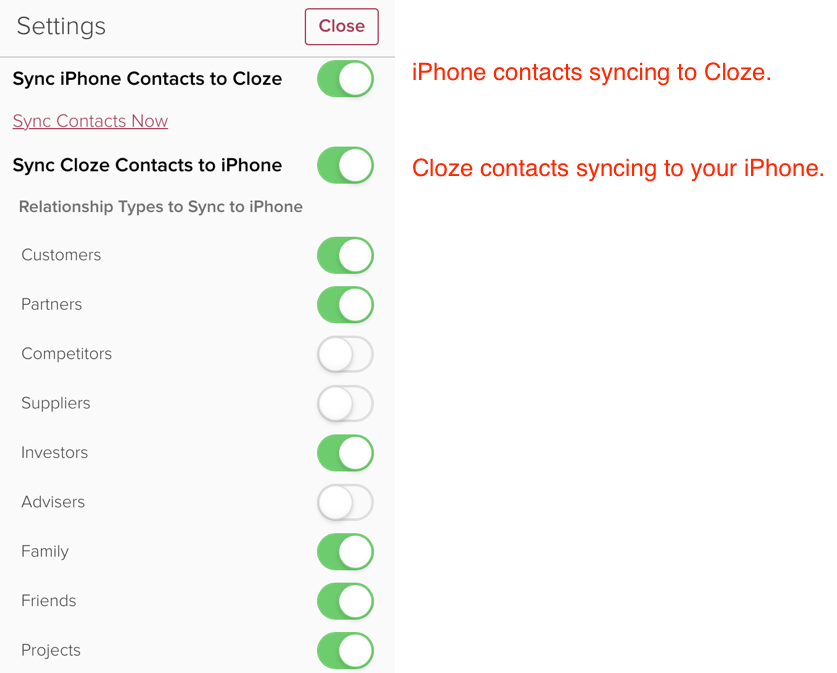 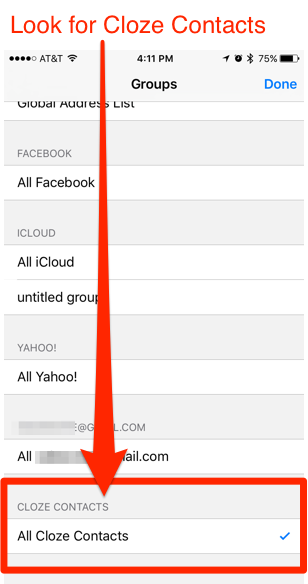 Did this answer your question? Thanks for the feedback There was a problem submitting your feedback. Please try again later.
Last updated on August 4, 2020