Getting started with Cloze and dotloop. 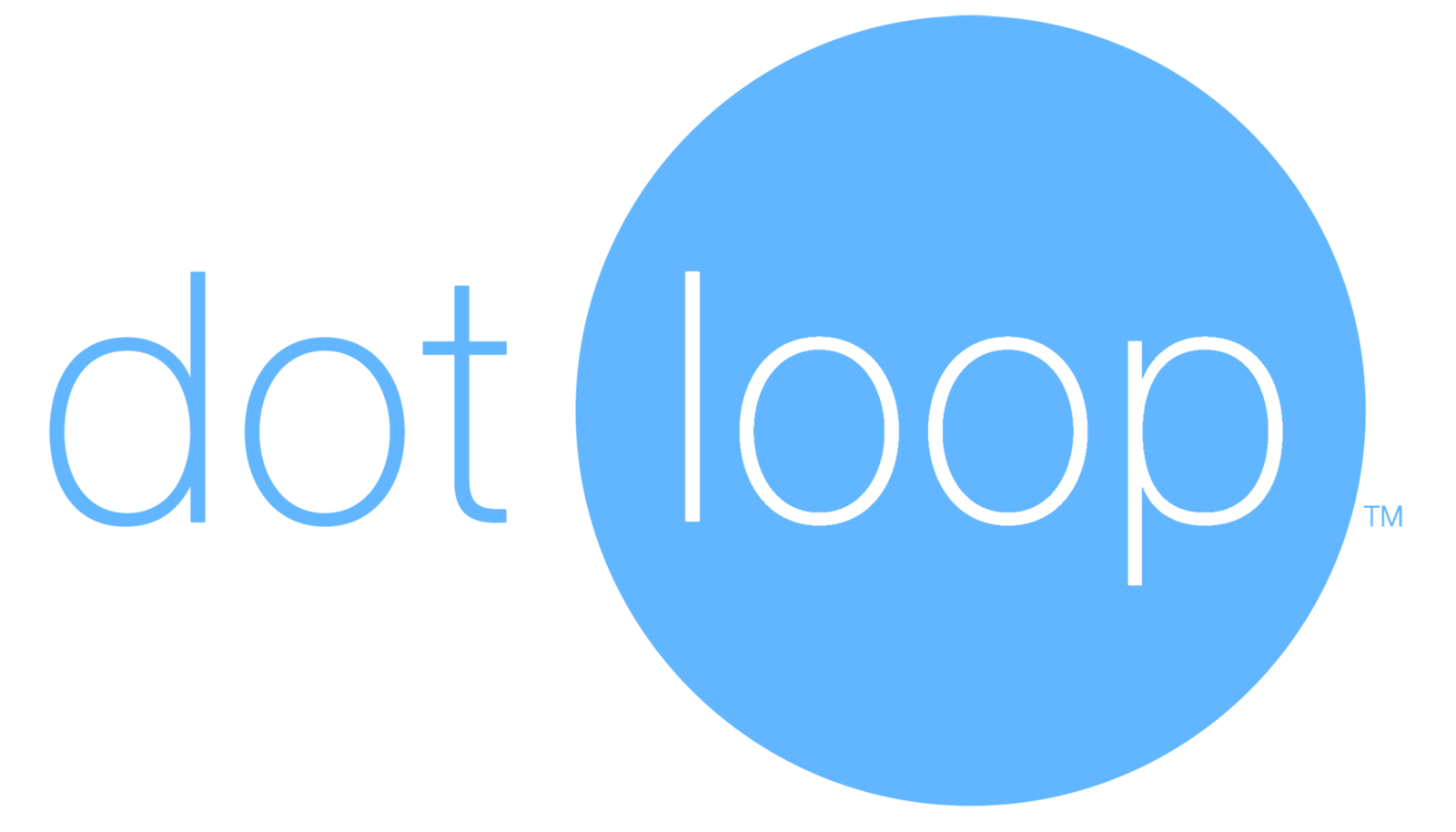 With your dotloop account connected to Cloze, you can easily track clients from their initial inquiry through to closing. You'll use Cloze to build and maintain the client relationship from lead to a transaction and beyond—when the transaction process starts, simply create a loop from Cloze to track all of the necessary documents and tasks in dotloop.

Cloze will sync people to dotloop, and pull in tasks and files from dotloop so you'll always have everything you need in both apps.

Contacts and their contact information are automatically synced from the Cloze Property to the dotloop loop. 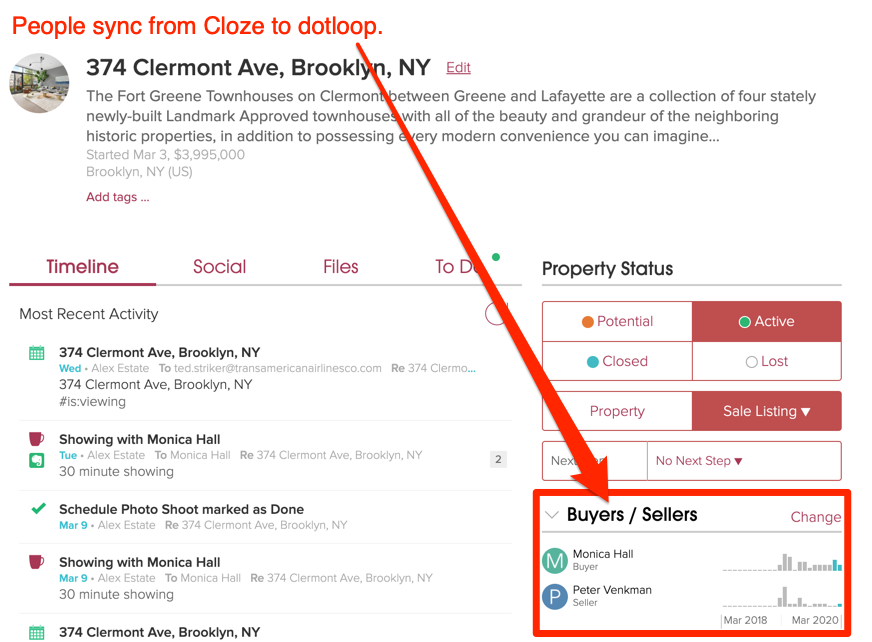 Documents added in dotloop are automatically synced to Cloze and are displayed in the Files section of the transaction. 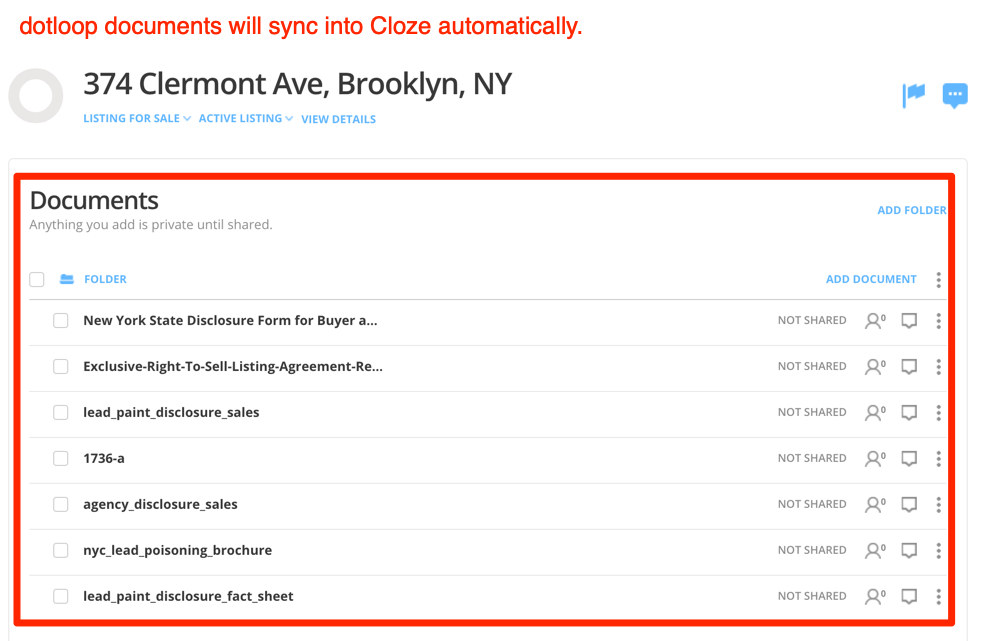 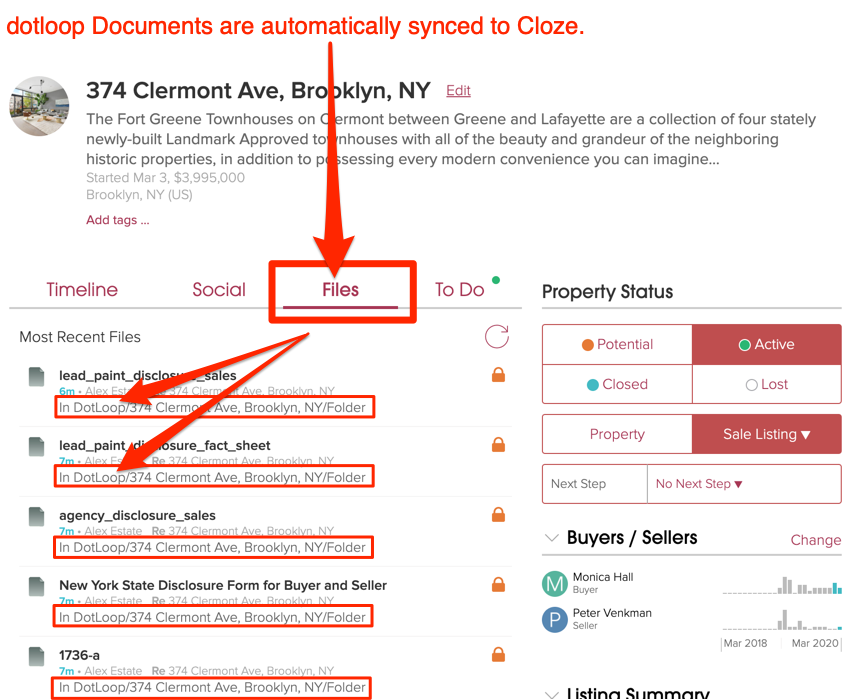 Tasks added in dotloop are automatically synced to Cloze and are displayed in the To Do section of the transaction. 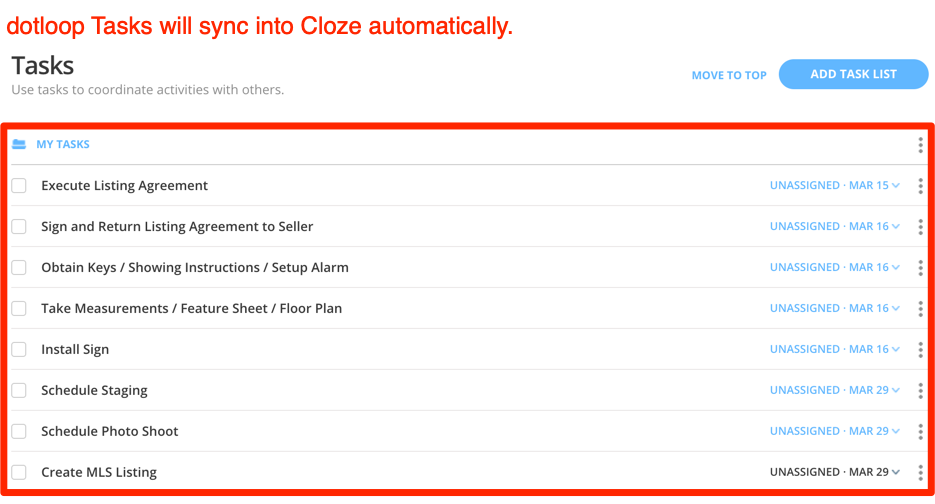 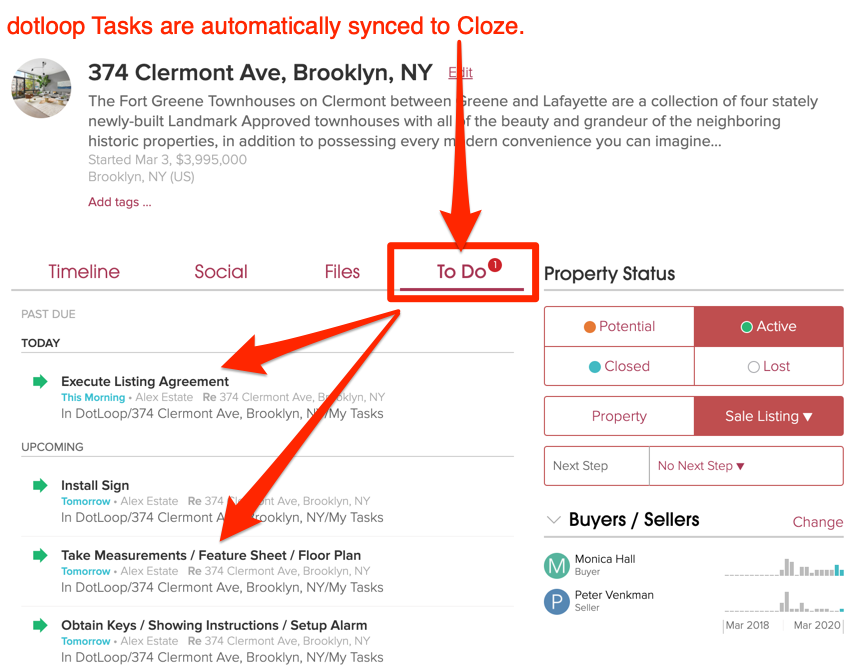 Did this answer your question? Thanks for the feedback There was a problem submitting your feedback. Please try again later.
Last updated on August 3, 2021