Note: The SkySlope integration is currently in beta and included as part of the Cloze Business Gold and Platinum Plans.

Getting started with Cloze and SkySlope.

With your SkySlope account connected to Cloze, you can easily track clients from their initial inquiry through to closing. You'll use Cloze to build and maintain the client relationship from lead to a transaction and beyond—when the process starts, simply create a listing or transaction in SkySlope to track all of the necessary documents and tasks—Cloze will sync both current and historical information from SkySlope so you have a complete history of all your transactions, important dates, documents, and contacts in one place.

As a first step, connect SkySlope to Cloze. Once connected the integration will:

Once connected, the SkySlope integration will sync to Cloze current transactions, historical transactions, and current listings. Key details are automatically synced into Cloze:

Contacts and their contact information are automatically synced from the SkySlope to Cloze. The SkySlope integration will sync to Cloze the buyers, sellers, and optionally other contacts related to the transaction or listing (e.g. title contact, attorney contact, etc.).

Each contact is automatically organized for you with the appropriate Stage and Segment. 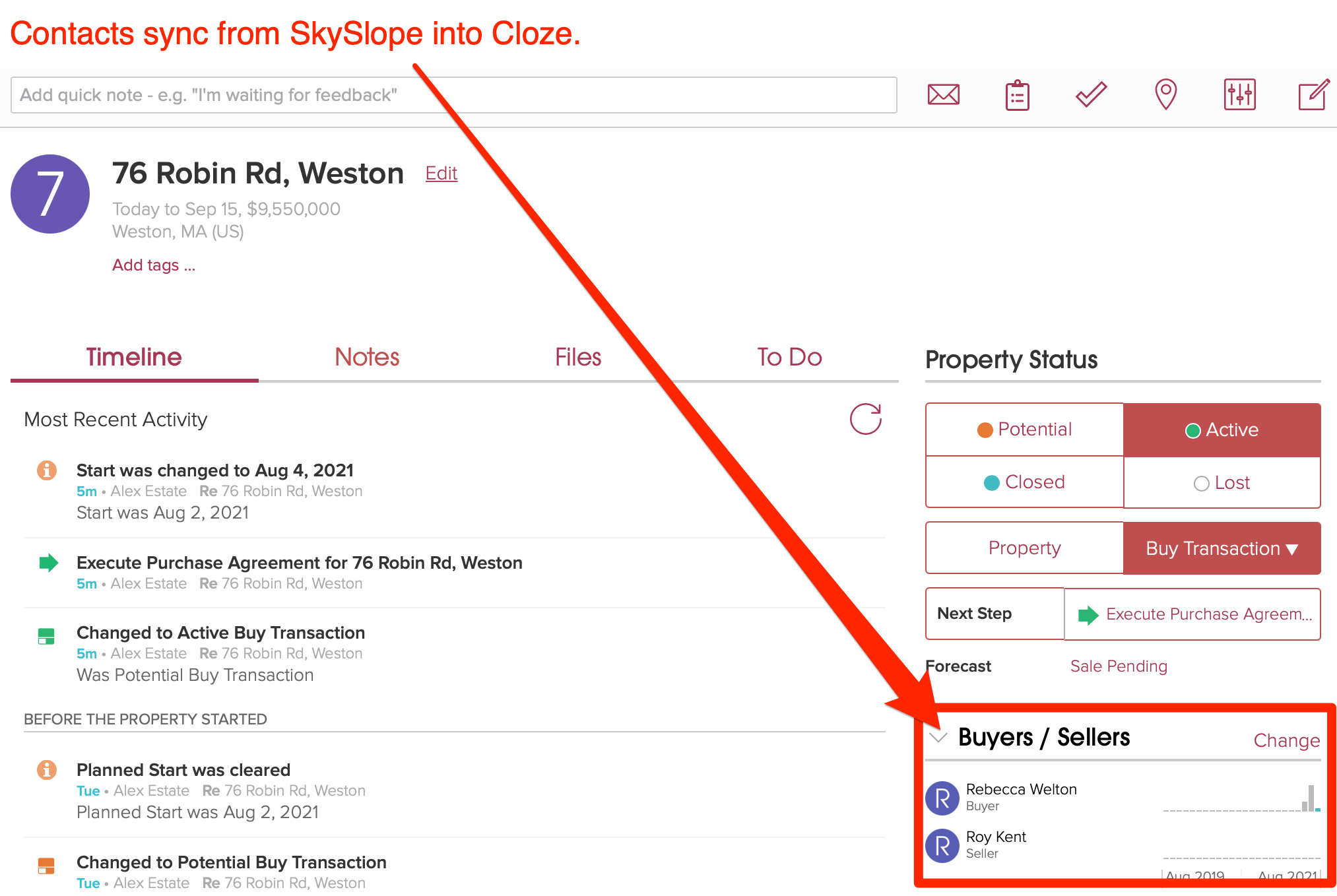 Documents added to SkySlope are automatically synced to Cloze and are displayed in the Files section of the transaction or listing. 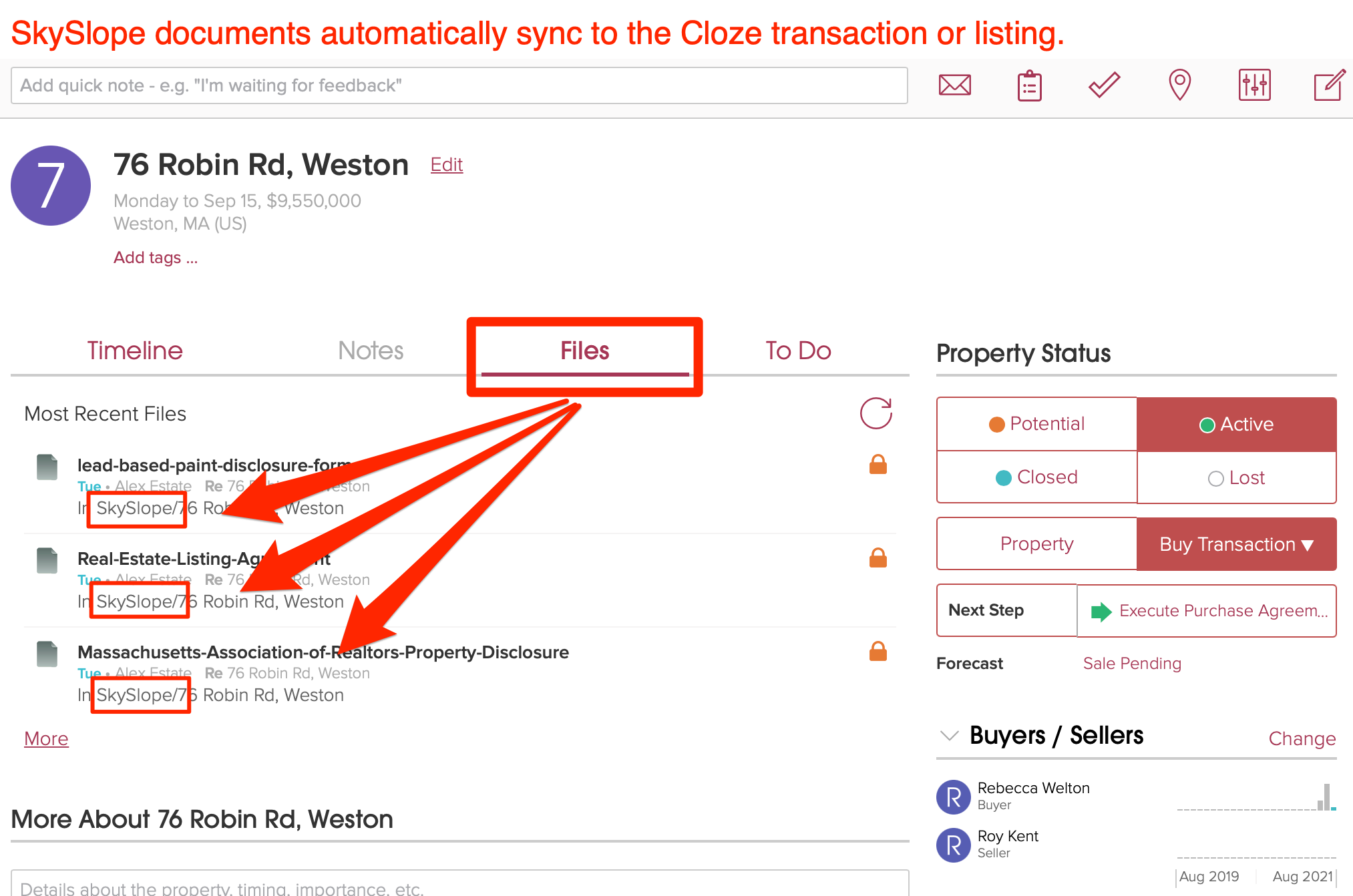 Purchase and sale anniversary dates are automatically synced to Cloze and set on the appropriate buyers and seller contacts. 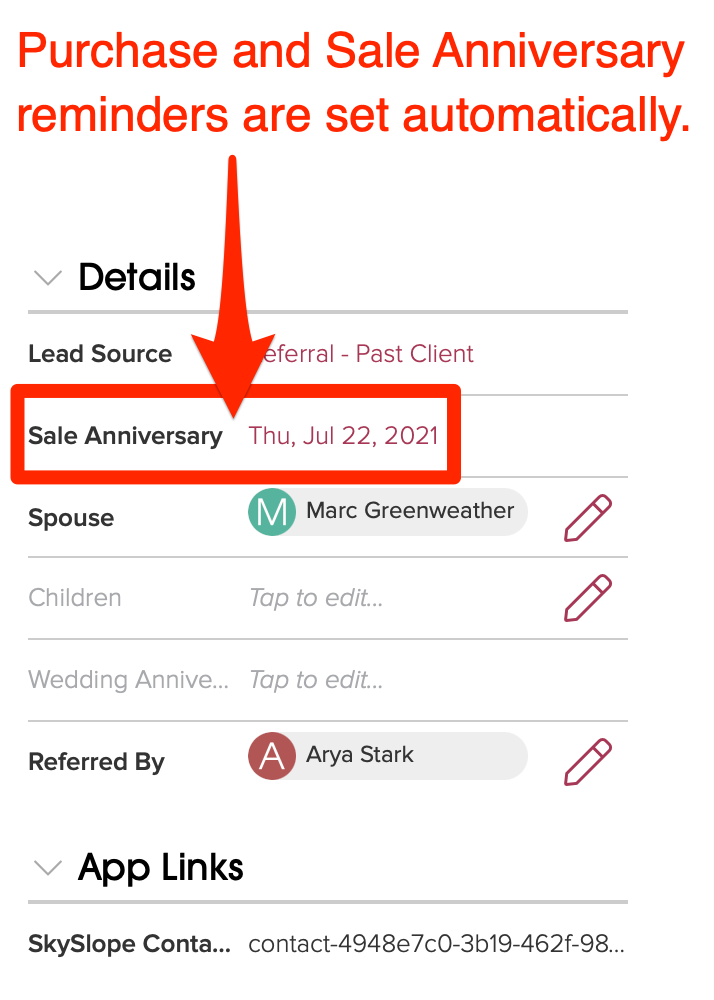 Anniversary reminders appear on the Cloze Agenda as they come due. 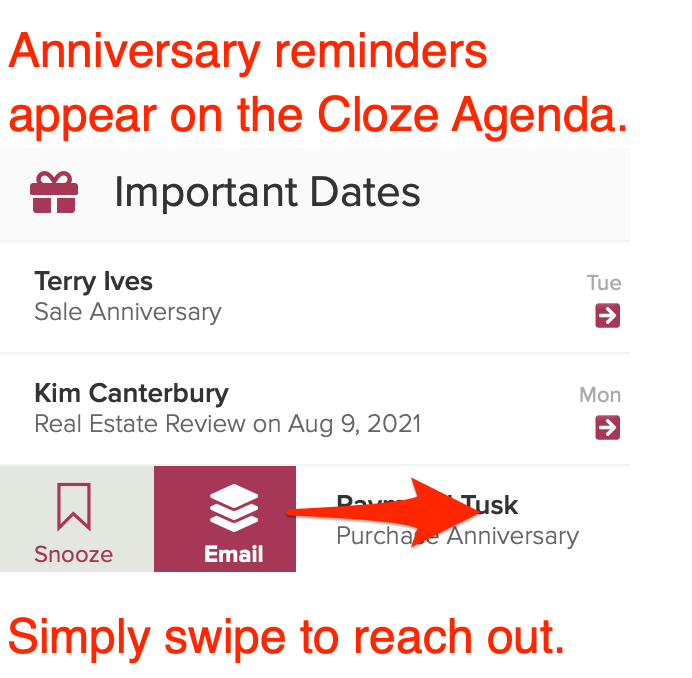 Cloze can automatically send anniversary reminder emails on your behalf using a Campaign. When the anniversary arrives Cloze will send an email using a template and your real email.

Did this answer your question? Thanks for the feedback There was a problem submitting your feedback. Please try again later.
Last updated on October 13, 2021