How do I set an alternate ("AKA") name for a Person, Company or Project?

For every Person, Company, Project or Deal you can set an alternate name or "Also Known As" (AKA) name. This AKA name is then used when you search and for matching notes, documents and folders to People, Companies and Projects (or Deals).

For example if a company goes by their more common acronym, like RBC instead of Royal Bank of Canada, you would add "RBC" to the AKA field. Or if you have a Dropbox folder name that doesn't exactly match the name of a Person, Company or Project (or Deal) you can add an "Also Known As" (AKA) so it matches in Cloze. 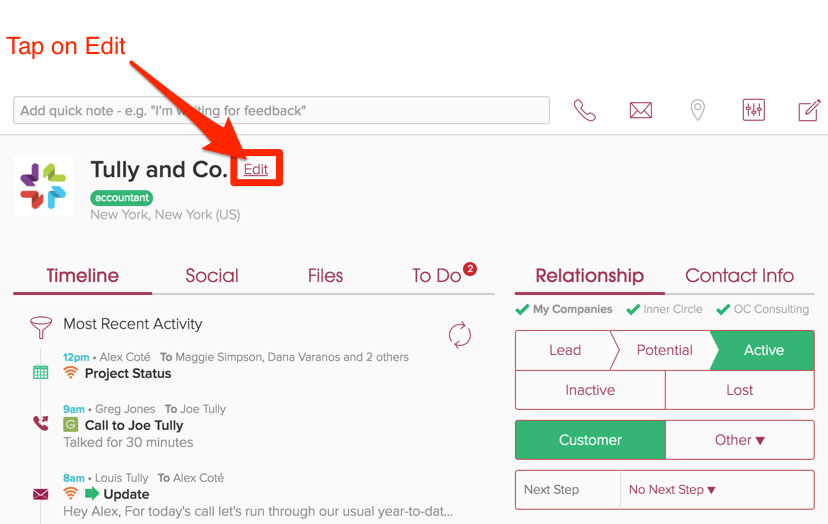 2.) Scroll down to the section labeled "Also Known As".  Tap on the Add button and Save the company profile when you are done. 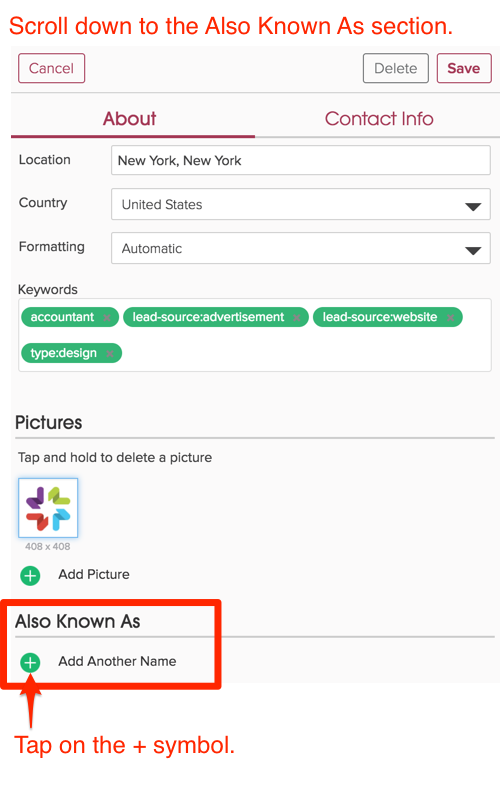 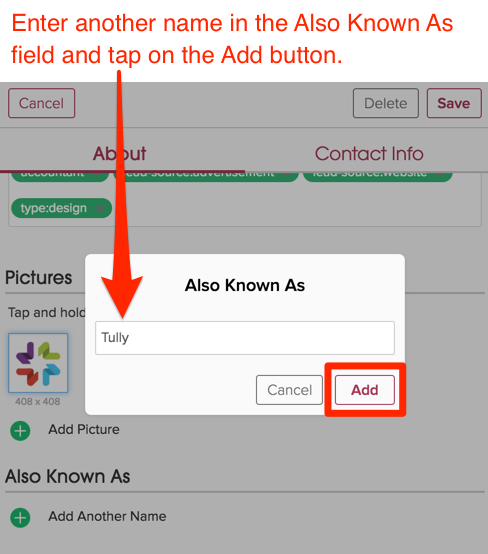 Now folders in Dropbox, Google Drive, OneNote and OneDrive will match to thew new AKA name. 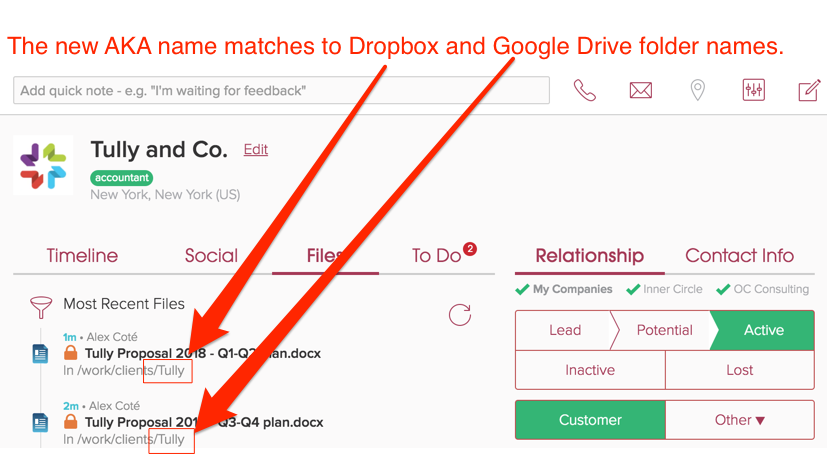