There are several types of decision options that can be automated with a Campaign. For example, a Campaign could branch based on a lead source and provide different content for each decision branch.

Branching is a decision to go down only one of the different branches.

The first branch to match gets its steps run – others are skipped. The Campaign then proceeds to complete all of the steps in the branch.

To make this example simple we have 5 different To-Dos each called A, B, C, D, and F that can be added to the Agenda based on the branch that matches. Depending on the decision path, the campaign will go down different branches based on the Stage and set some of To-Dos in one of three possible branch paths.

The example below branches by Stage: 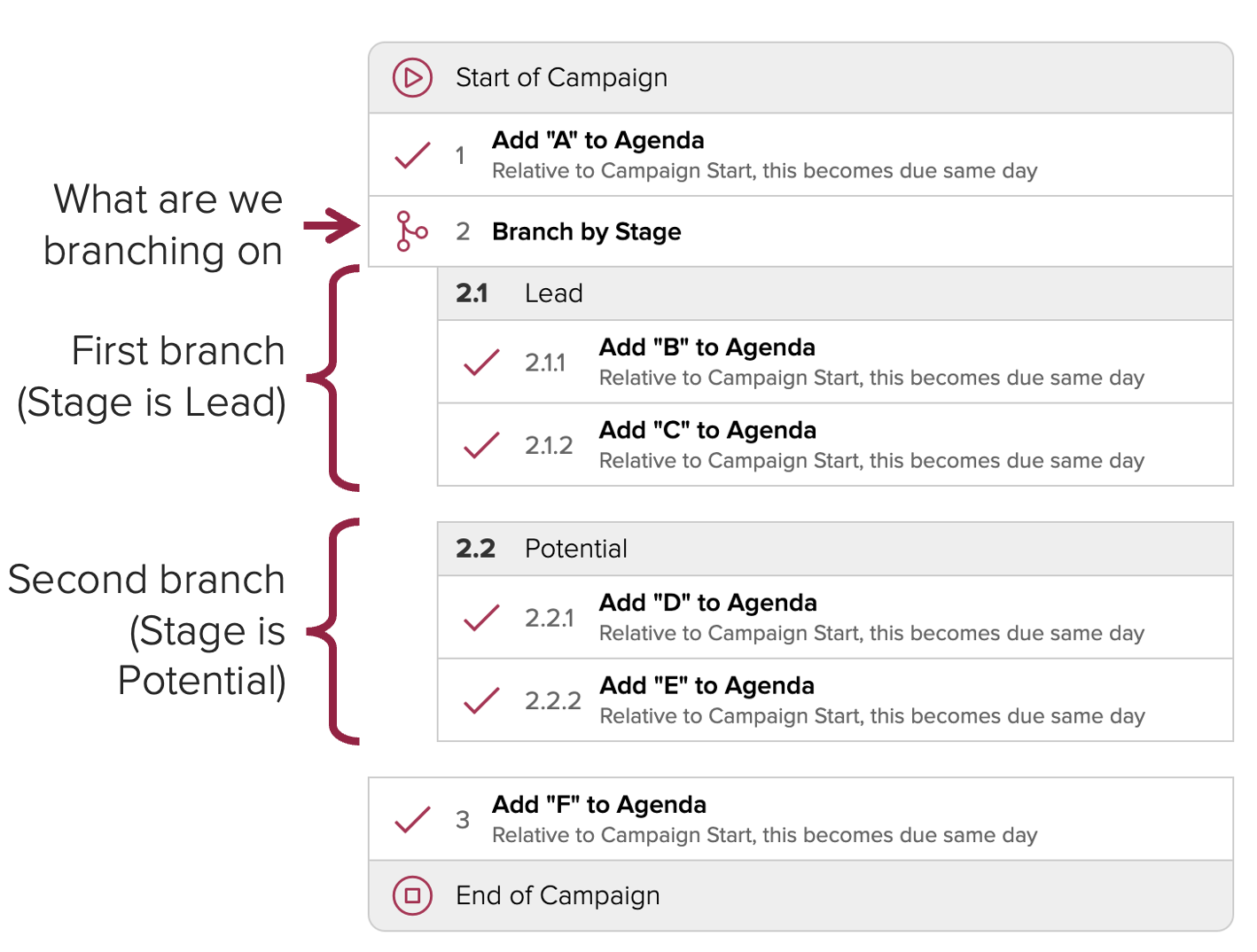 There are 3 possible outcomes: