There are several types of flow control options that can be automated with a Campaign. For example, a Campaign could use a flow control to change the Stage to Lost at the end of a lead nurture campaign that has had no response.

Below you will find the "Flow Control" campaigns settings for Change Stage, Segment, Step, or Assignee:

This flow control is used to make changes like reassigning a lead or updating the Stage. Optionally you can also trigger starting a new campaign.

Campaign Example:Branch on a matching user tag for lead distribution

This campaign is designed to branch based on a Cloze user tag. With Cloze you can define lead Ponds using tags. Ponds are especially helpful when creating competition and for ensuring the right team members receive leads.

In this example, the campaign routes leads to Cloze team members that have the tag "#a-rated-lead.

What this campaign does:

In step 1.1.5 this Campaign will automatically change the assignee to another team member with the user tag "#a-rated-lead". 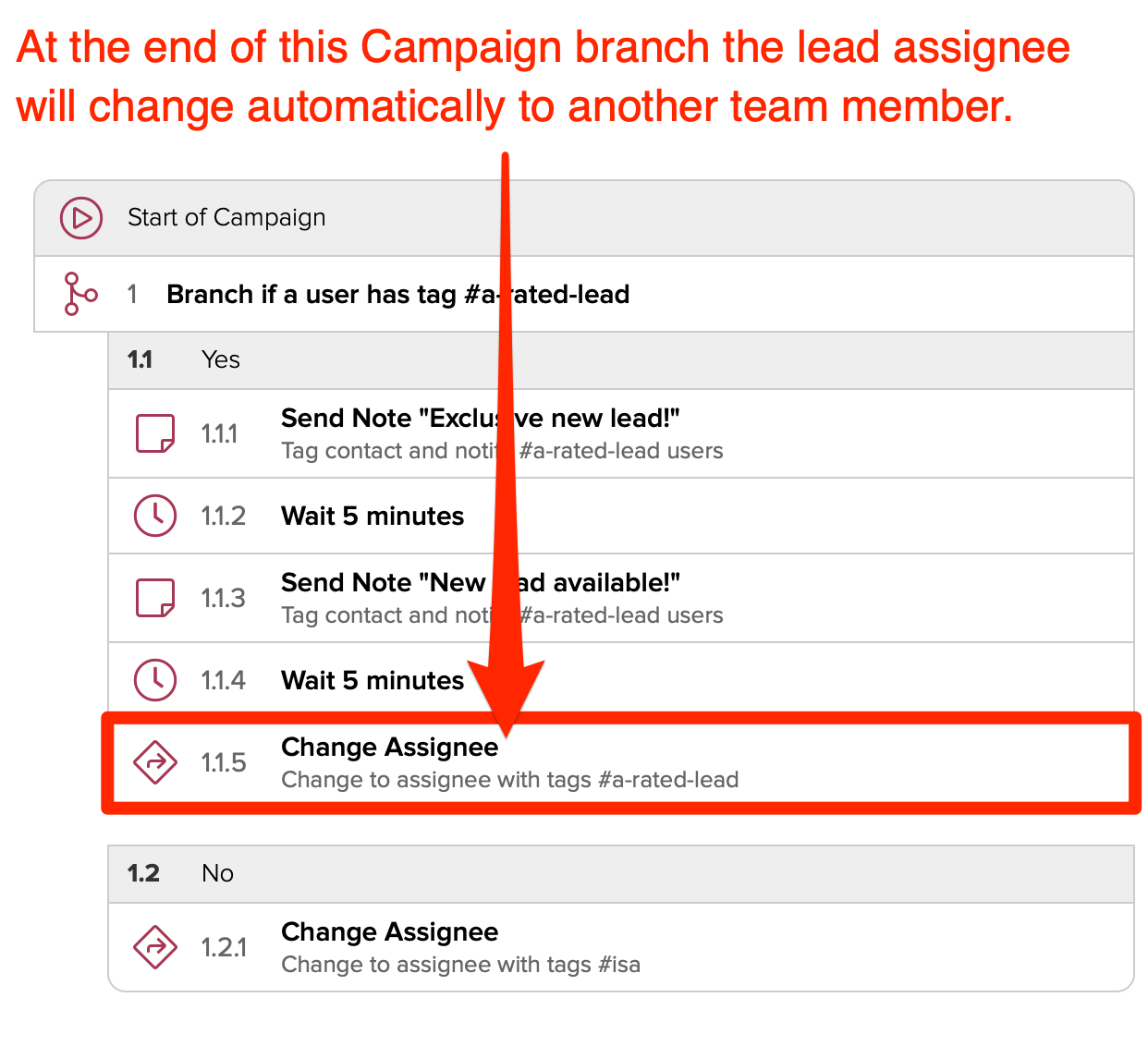 Tap on the + icon and select Change Stage, Assignee, etc. 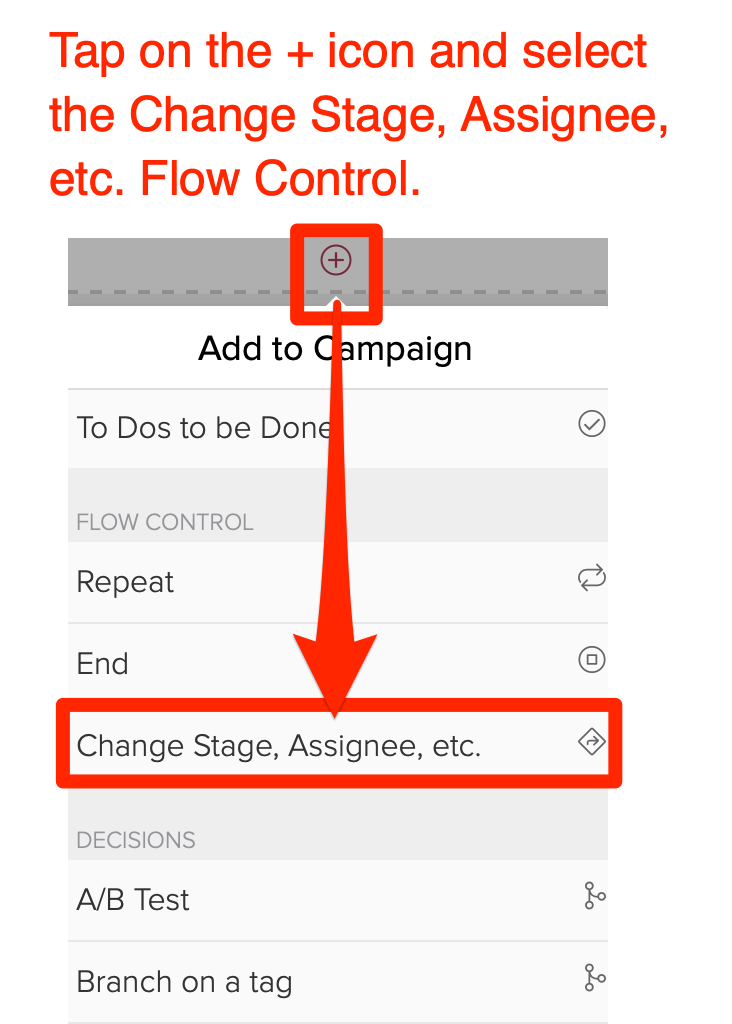 Tap on the dropdown menu to select the Stage to which the campaign will change. 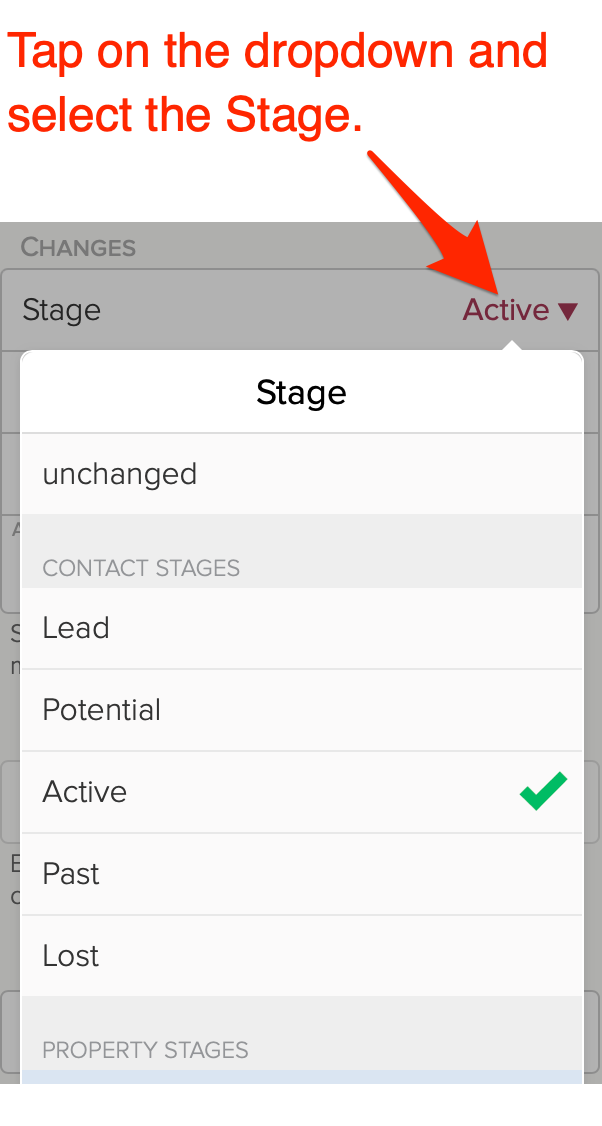 Tap on the dropdown menu to select the Segment to which the campaign will change. 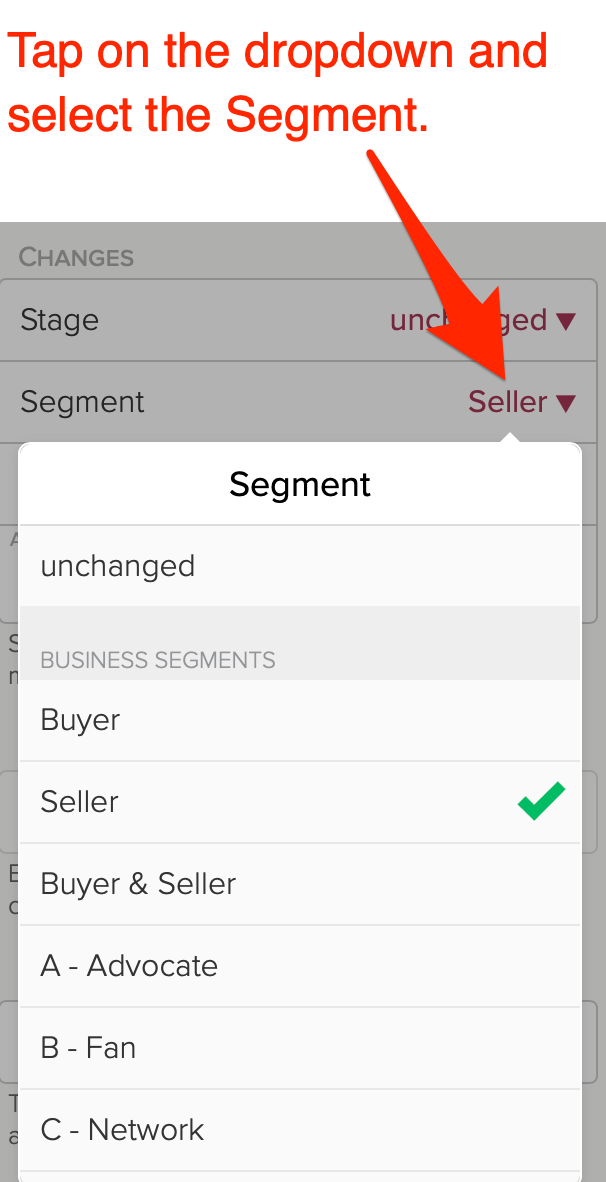 First, select the Stage and Segment, then select the Next Step to which the campaign will change. 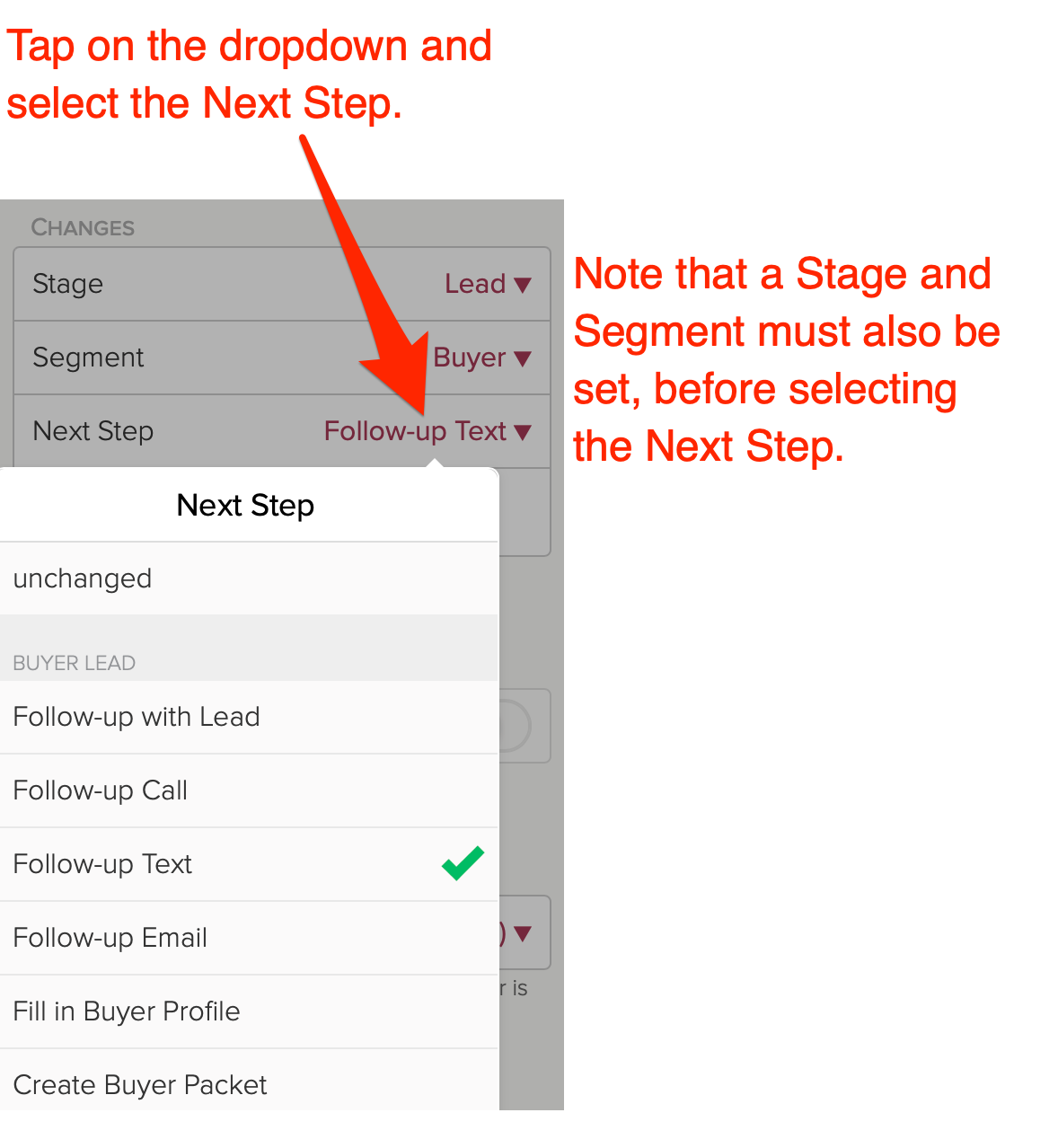 If Assignment Strategy is (default) and both Assign To Custom Field and Assignee Tags are empty, there is no assignment change. 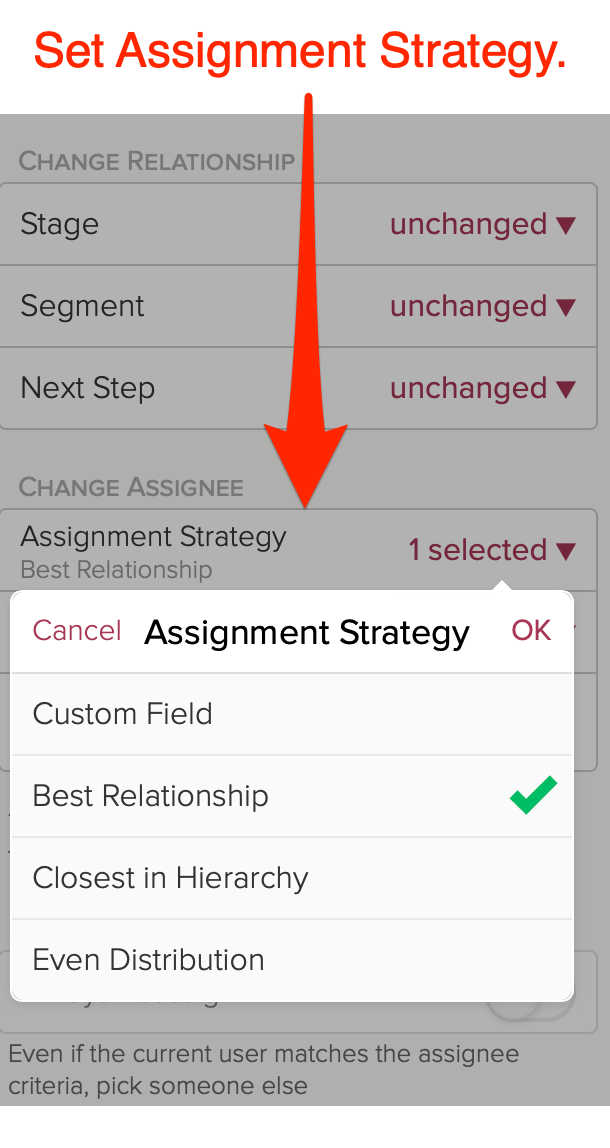 You can also pick multiple and it starts from the top of the list trying different strategies until one matches a user. 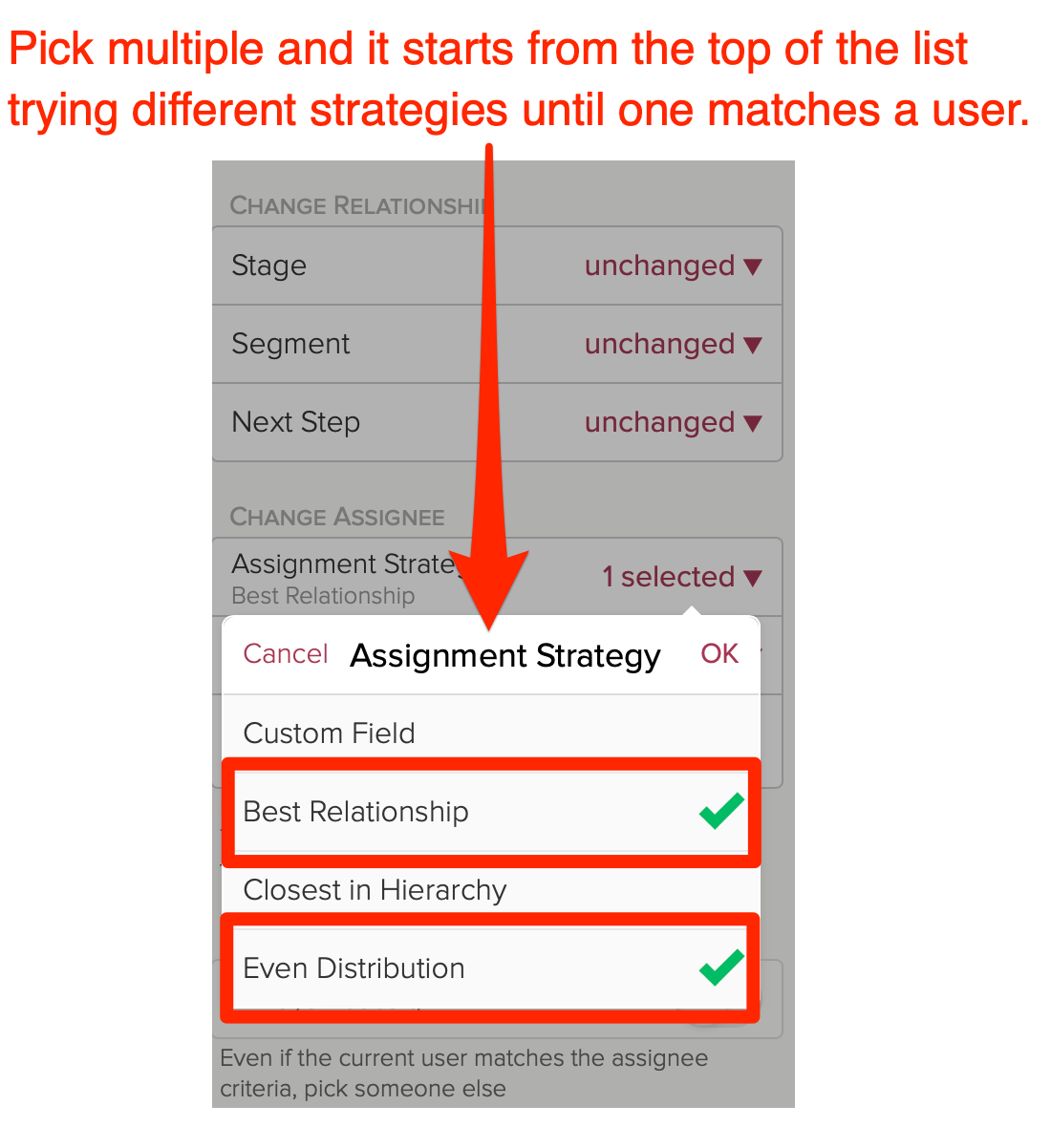 Assign To
Use a reference Custom Field to assign. 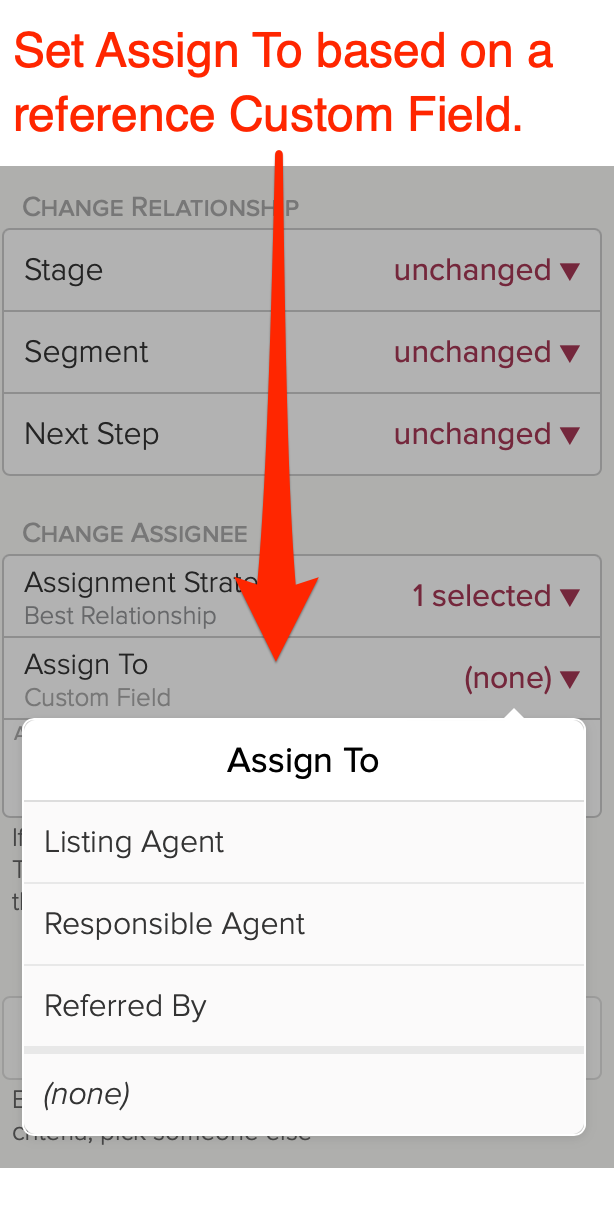 Enter a tag to set the assignee to assign to the closest team member that has all of these tags. In this example, team members with the #a-rated-lead are assigned. 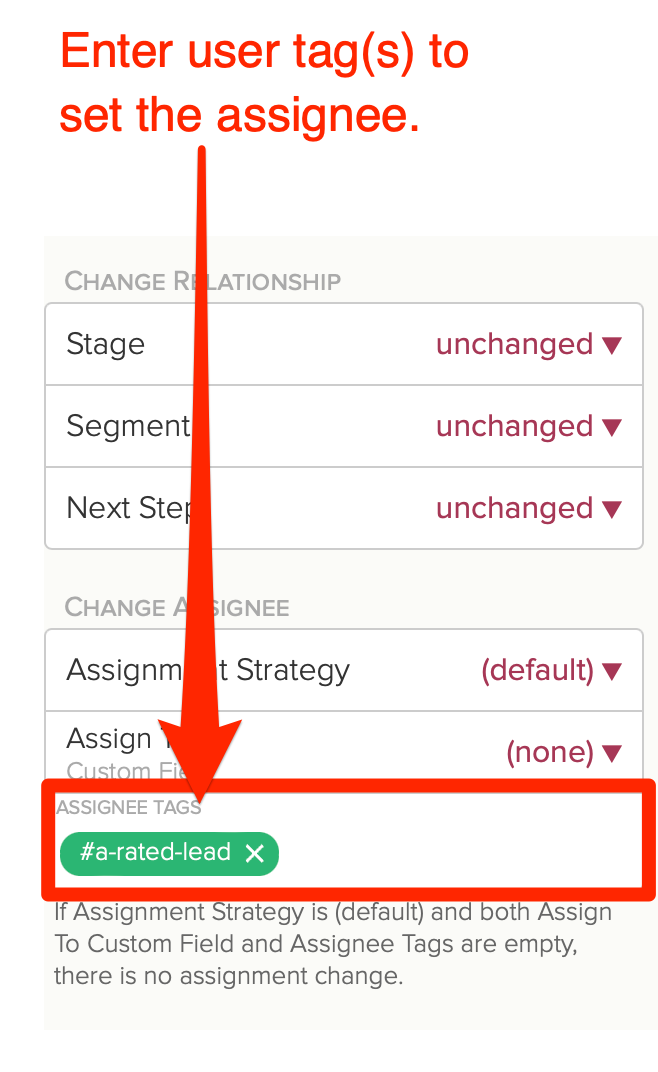 Even if the current user matches the assignee criteria, pick someone else. 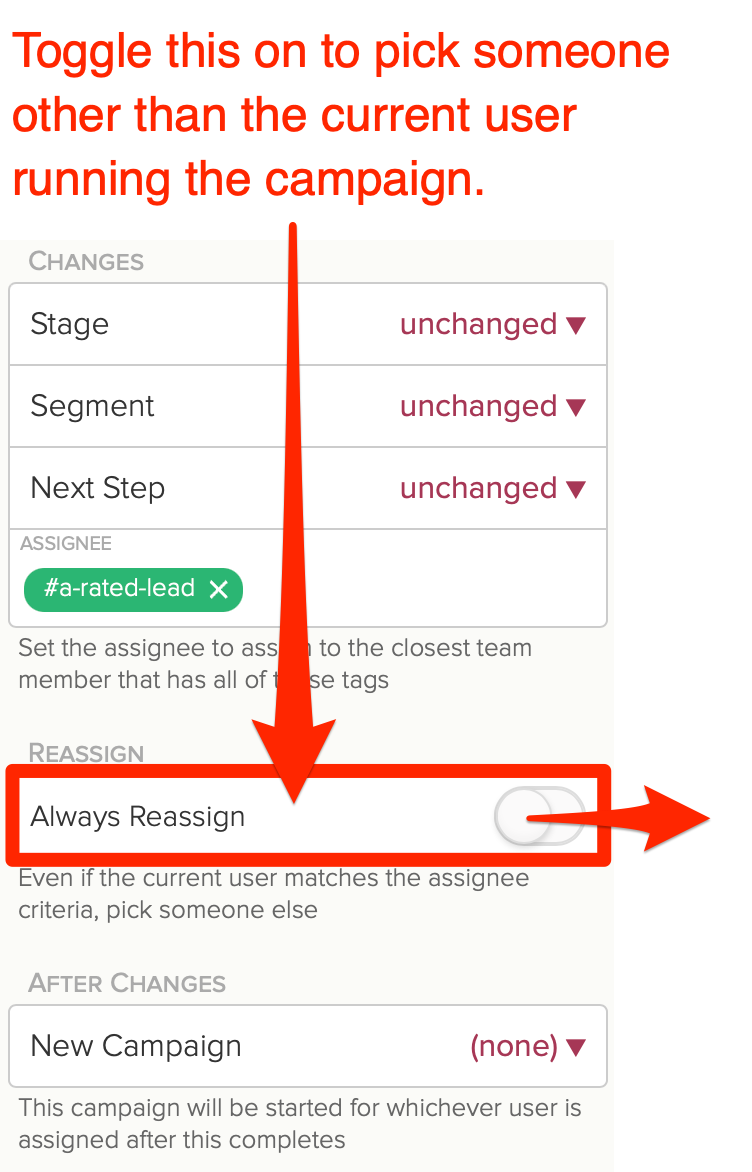 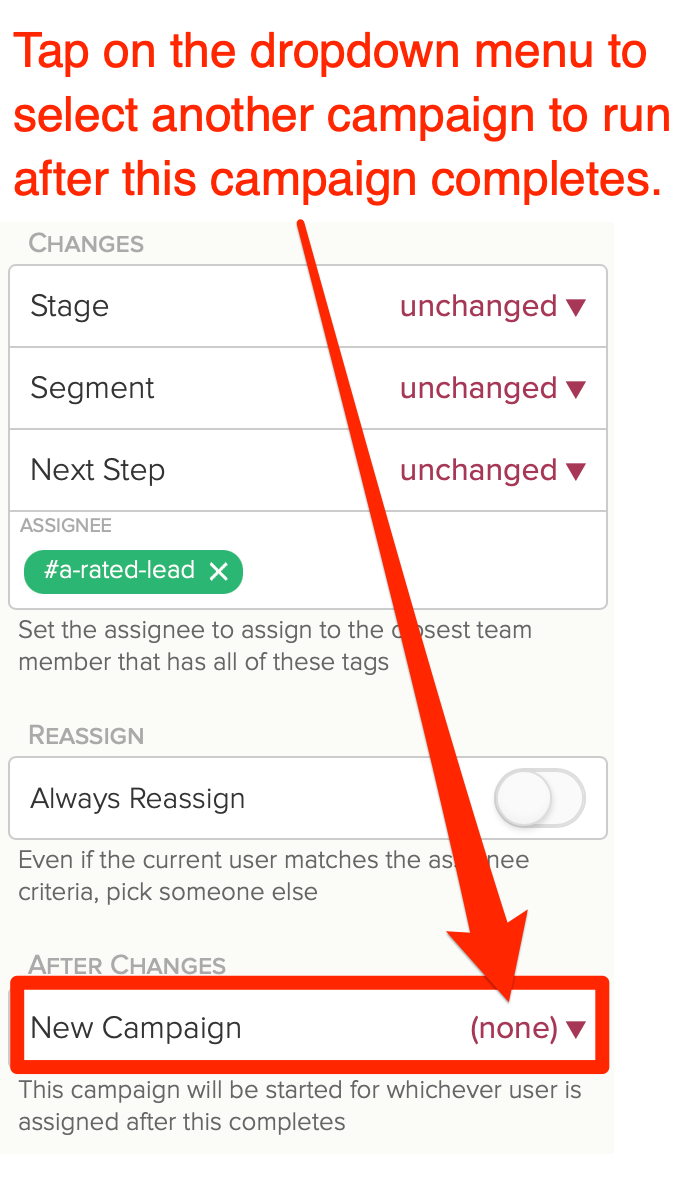 Did this answer your question? Thanks for the feedback There was a problem submitting your feedback. Please try again later.
Last updated on January 2, 2022