What triggers a Cloze Campaign to start?

How a Campaign is triggered

Manually starting a campaign on a single person or several people at once:

Linking a Campaign to a Next Step, Anniversary Date Field, or Lead Source

Navigate to the Cloze Library to edit a Campaign. 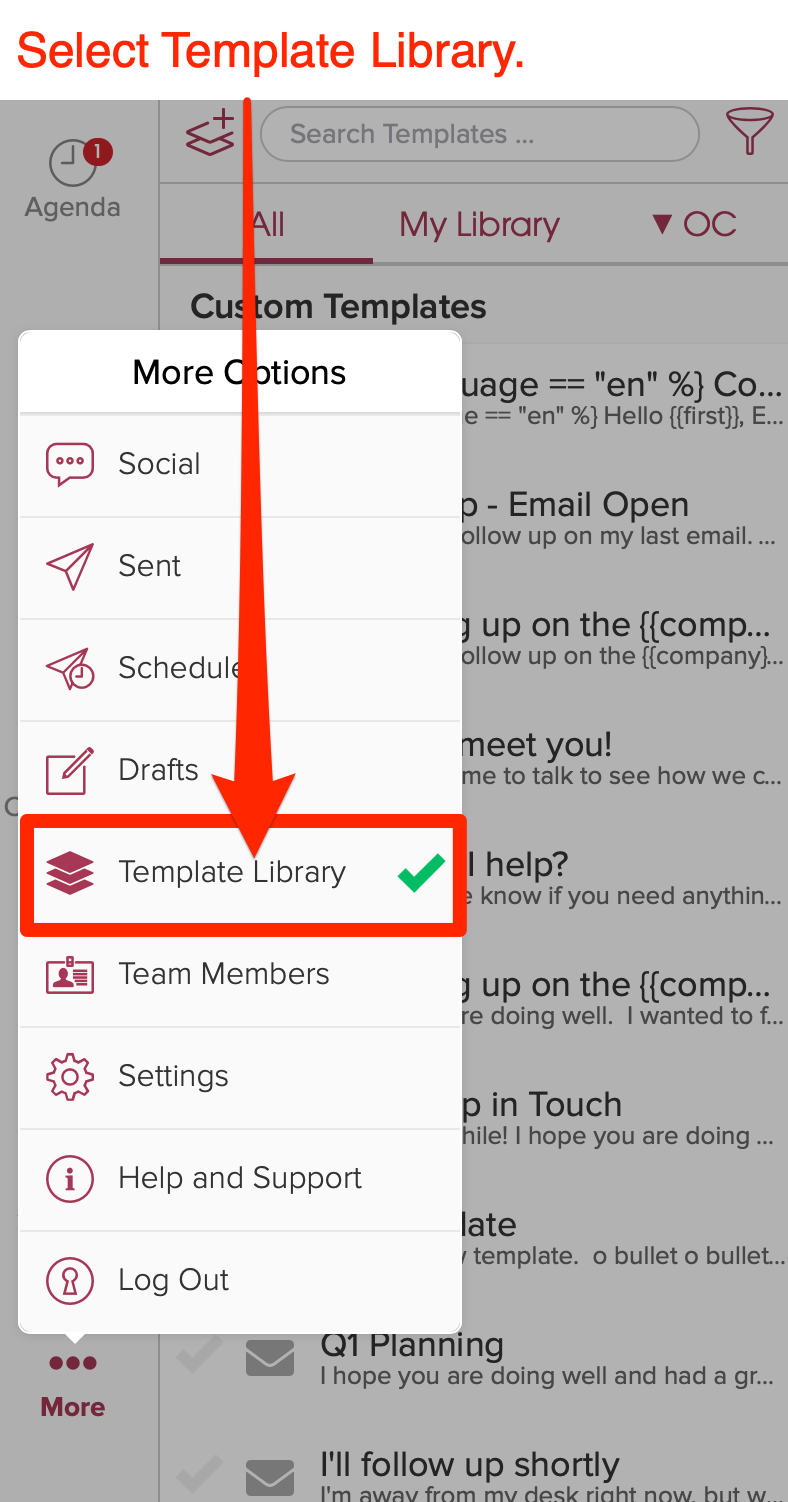 3.) Search for the template by name. 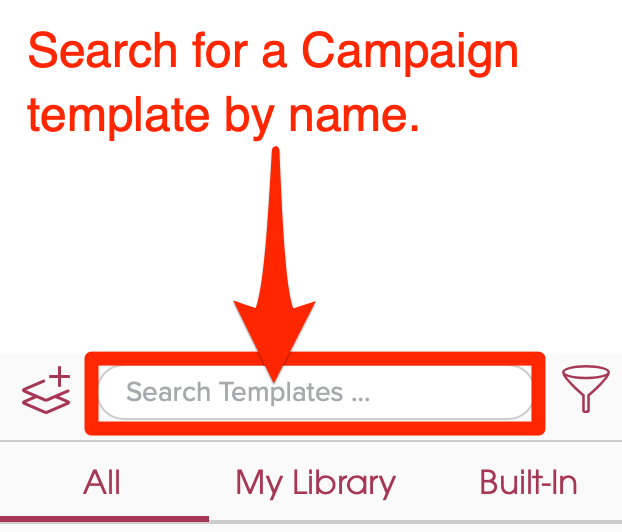 Or tap on the funnel icon to filter by template type. 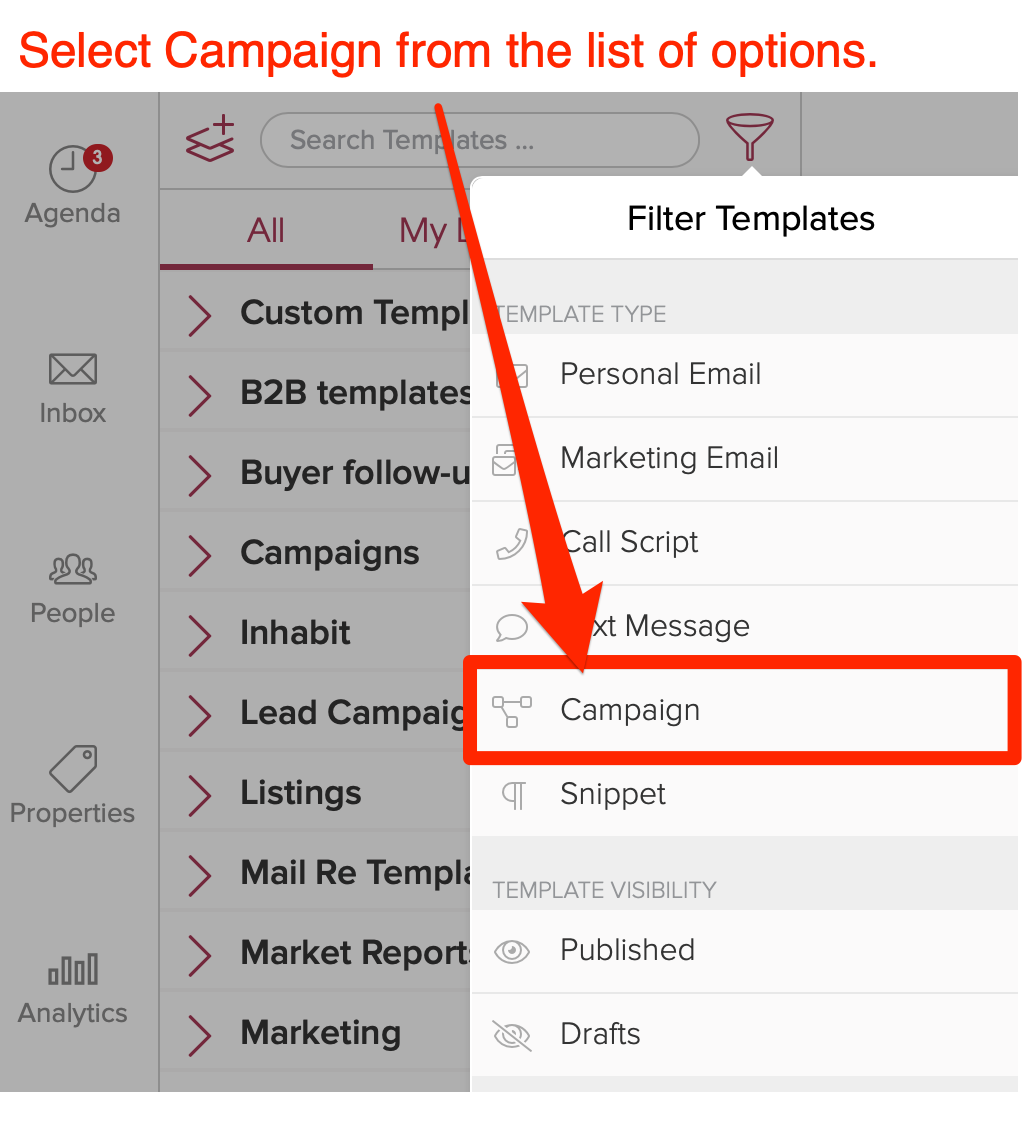 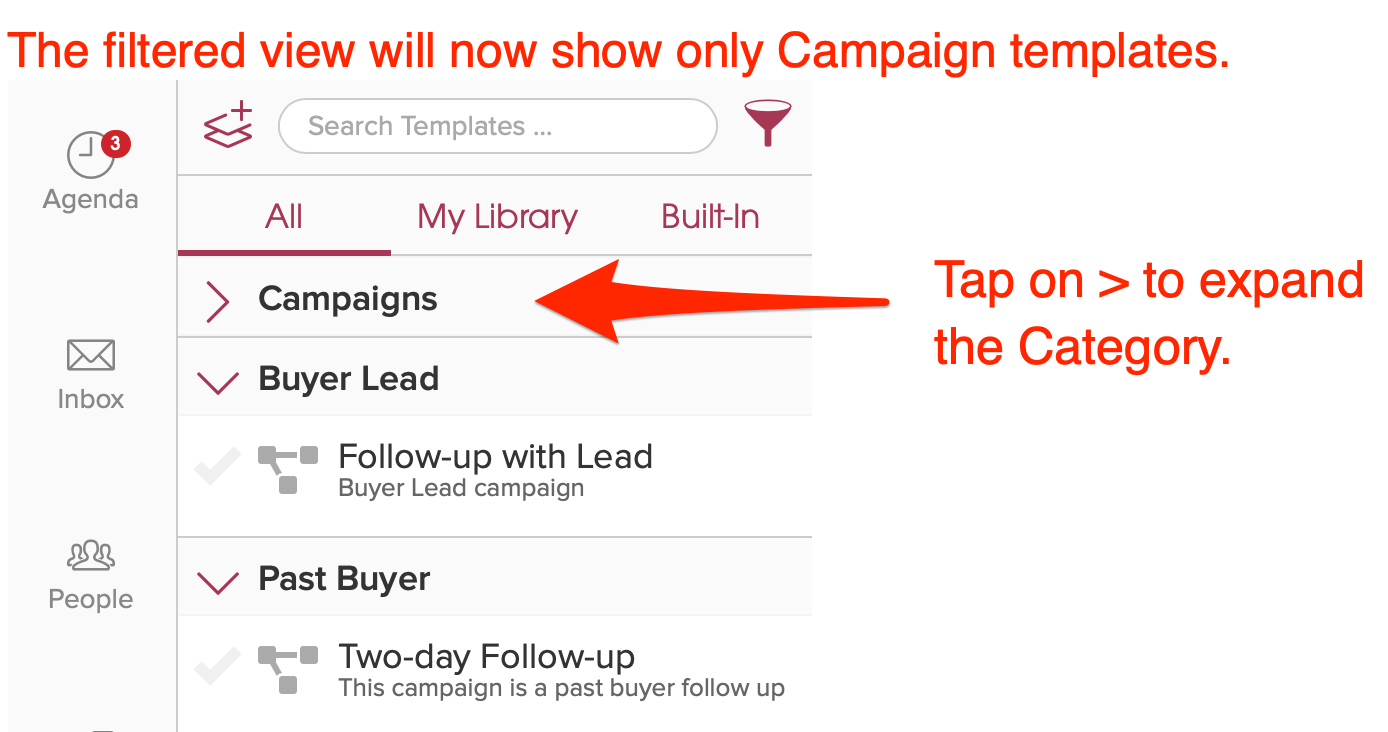 4.) Tap on the link icon to tie a trigger action to the Campaign.

A Campaign can be linked to

5.) Select what will automatically start this Campaign: New Lead, Next Step, or Anniversary. 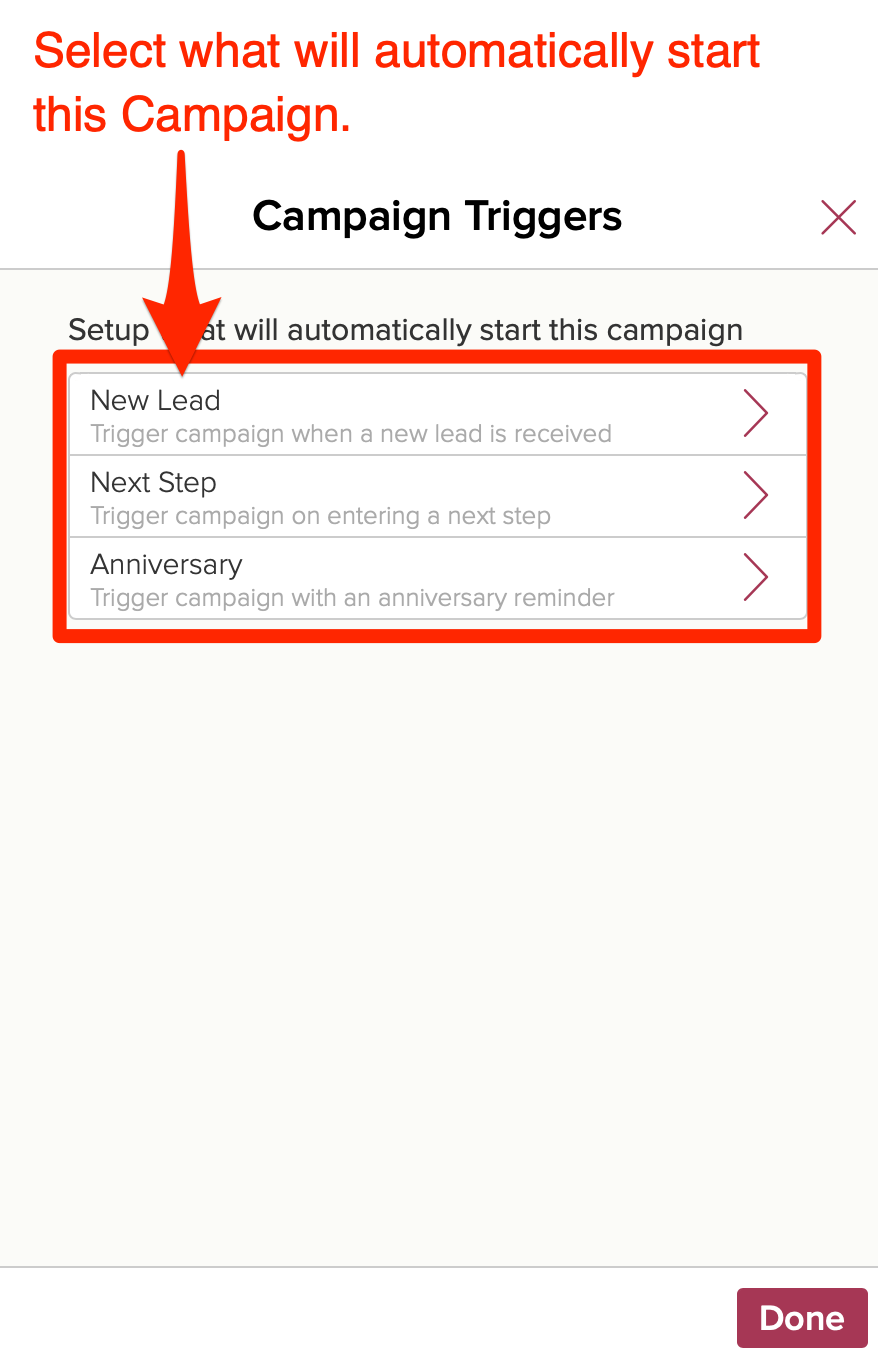 6.) Select the specific action that you wish to trigger the Campaign.

When a lead arrives select the Lead Source value (or values), which will trigger this campaign. 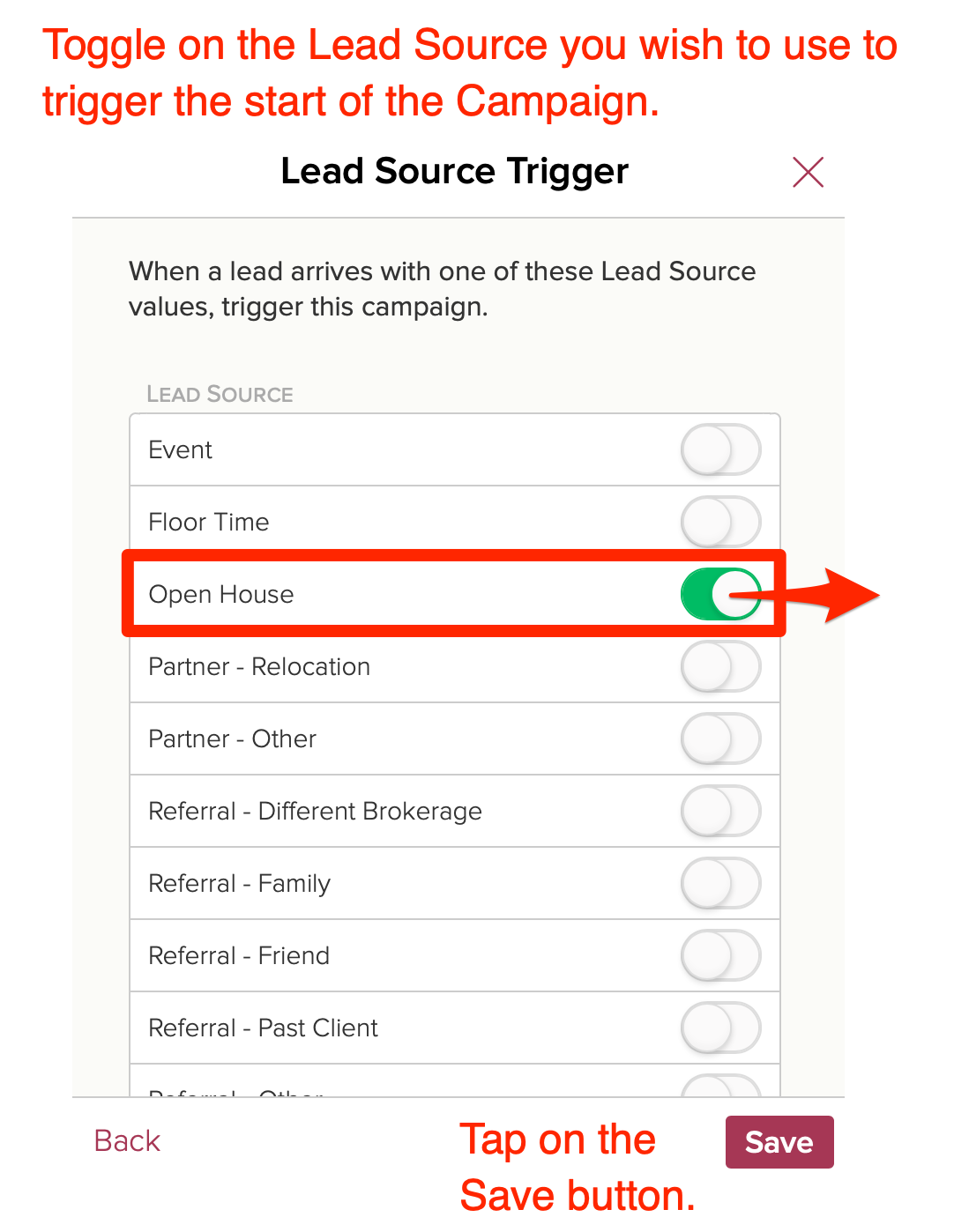 Select which Next Step triggers the campaign. 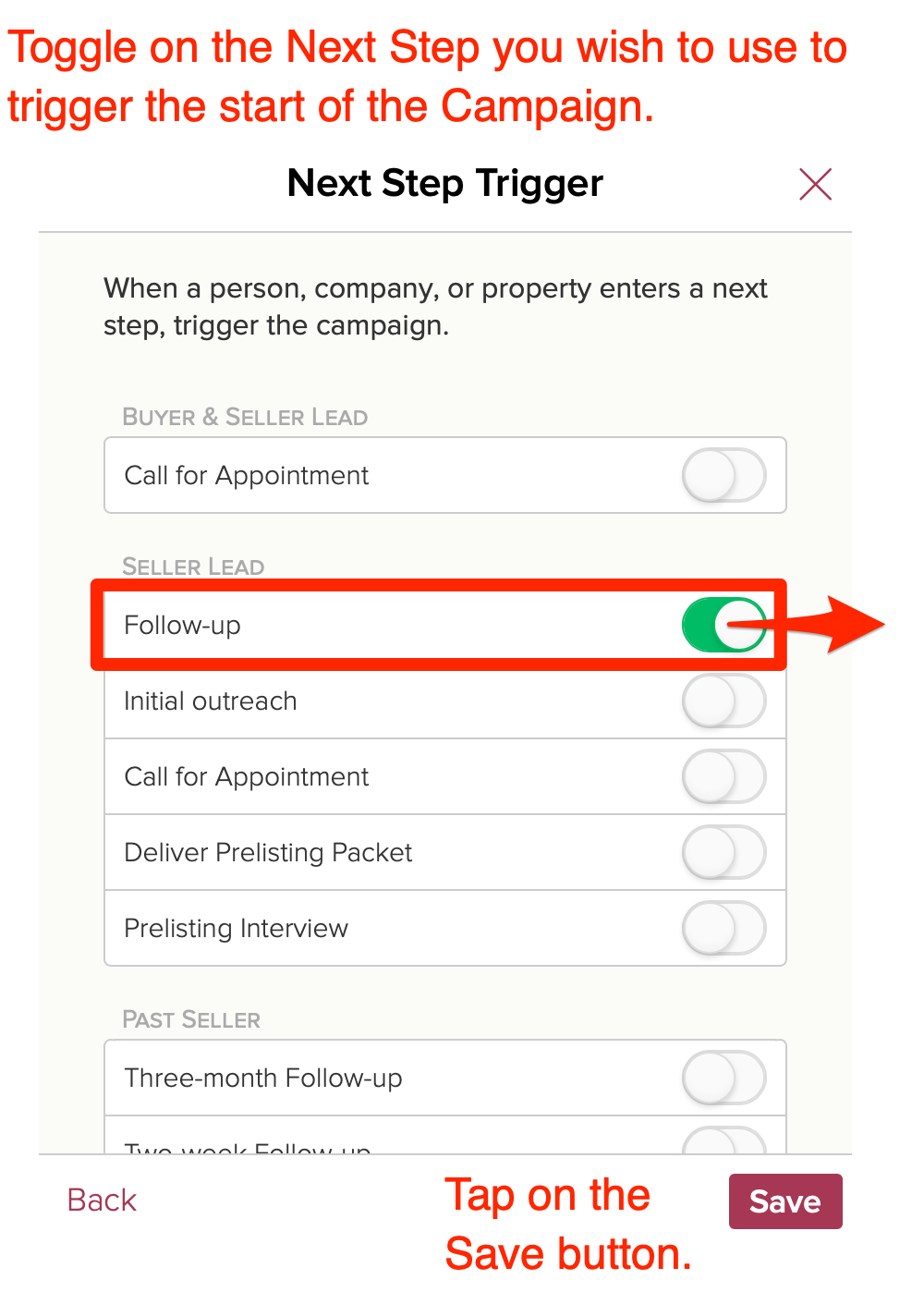 Select which custom field anniversary reminder when it comes due will trigger the campaign. 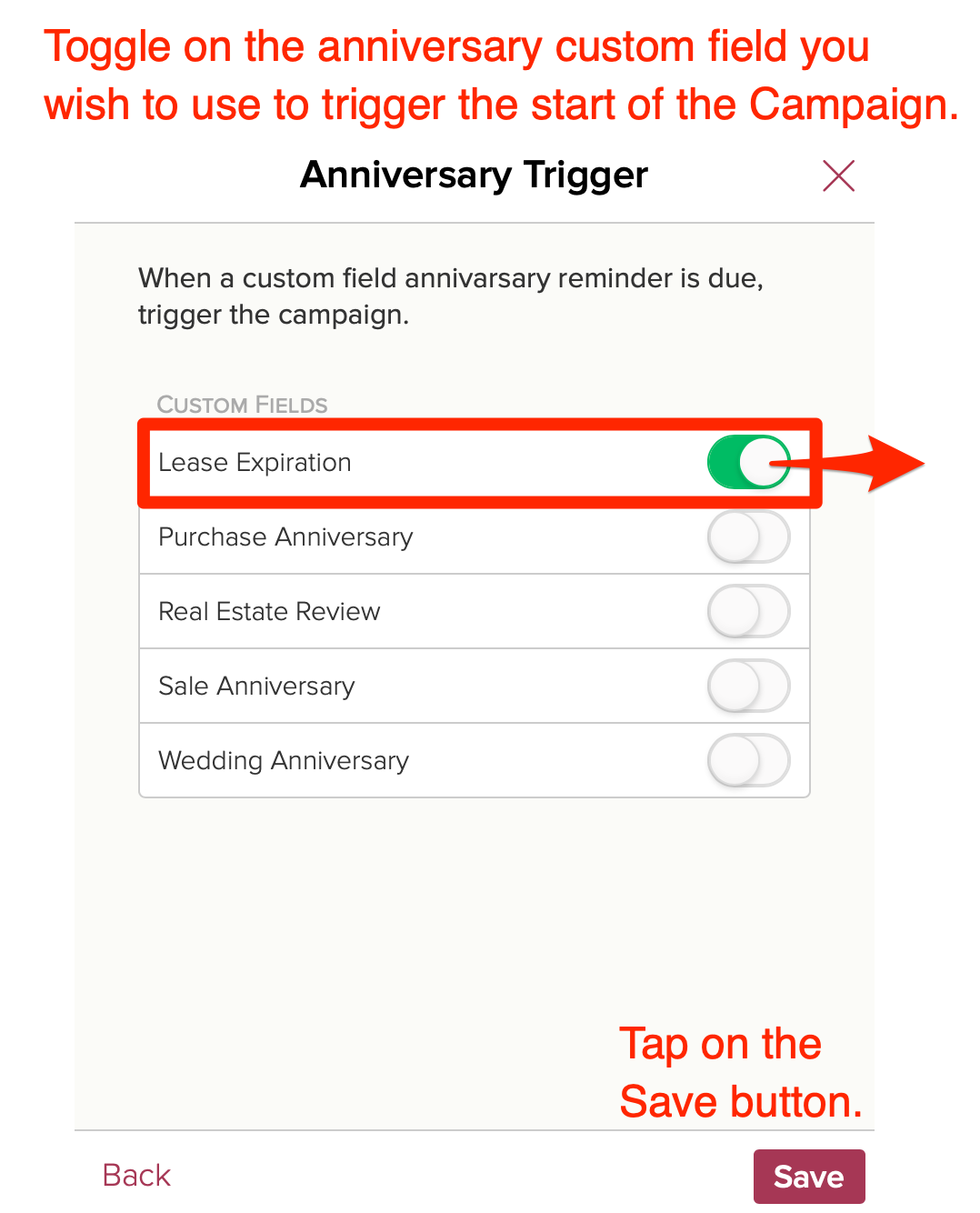 Did this answer your question? Thanks for the feedback There was a problem submitting your feedback. Please try again later.
Last updated on January 16, 2022