Below you will find tips on how to create, test, and start your campaigns. We also include some best practices for staying out of trouble.

You can create a new Campaign in the Cloze Library. 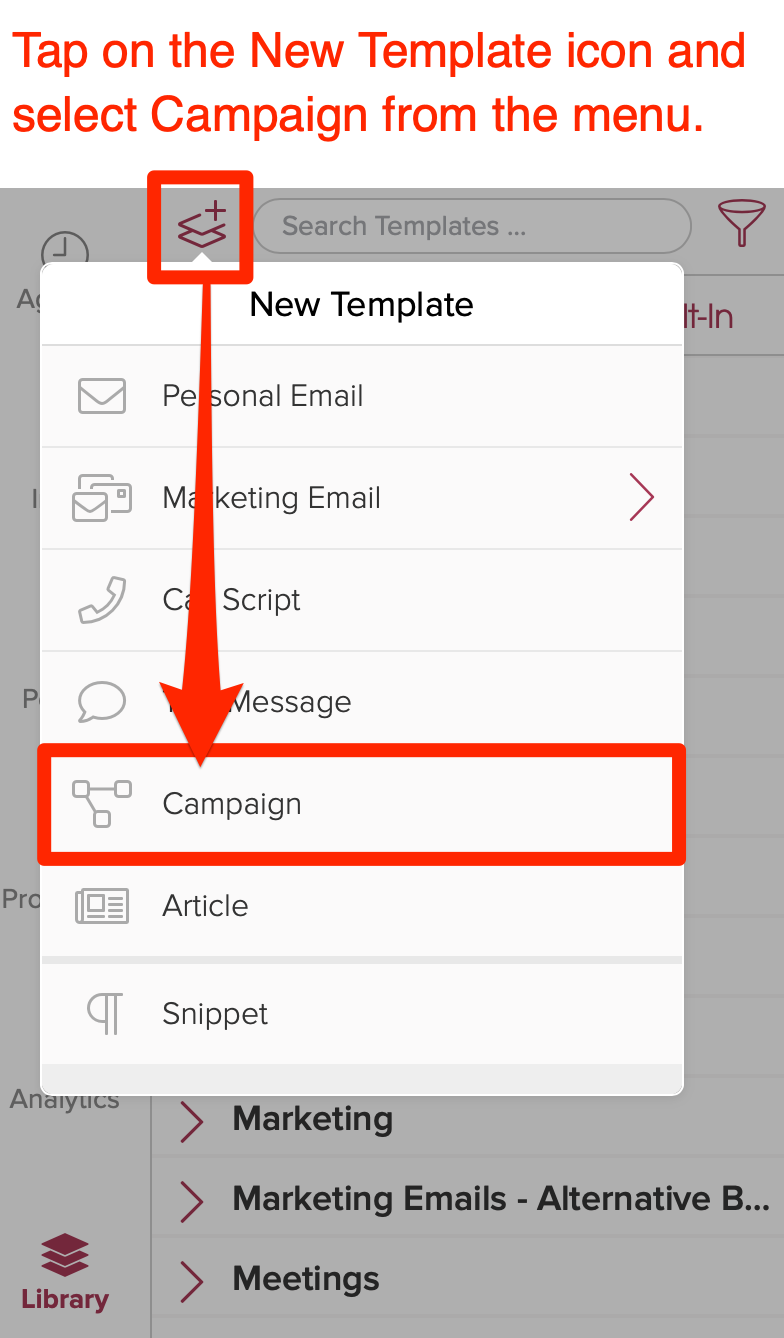 If you are part of a team, Campaigns can be created by your team leader or an administrator and then published when ready. Individual team members can also create their own Campaigns and save them in their own Library.
Here are step-by-step instructions on how to create a new Campaign with Cloze.

Triggering a Campaign to start

The easiest path is to create a Gmail account you can run tests against as a “fake” client.  Do not use existing contacts (people you know like friends and family) or your own email accounts.
With a test Gmail account (e.g. mynametest@gmail.com), you can then create multiple test contacts:

With Gmail, everything after the plus is ignored – but each one can be treated as a unique contact in Cloze – so you can have multiple fake client contacts with which you can test.

Here are step-by-step instructions on how to manually create a new contact in Cloze.

For testing purposes, each contact should have a unique email address. For example:

Once these contacts have been created in Cloze you can then use them for testing your Campaign.

In the Template Library, you can manually start any campaign using the gears icon: 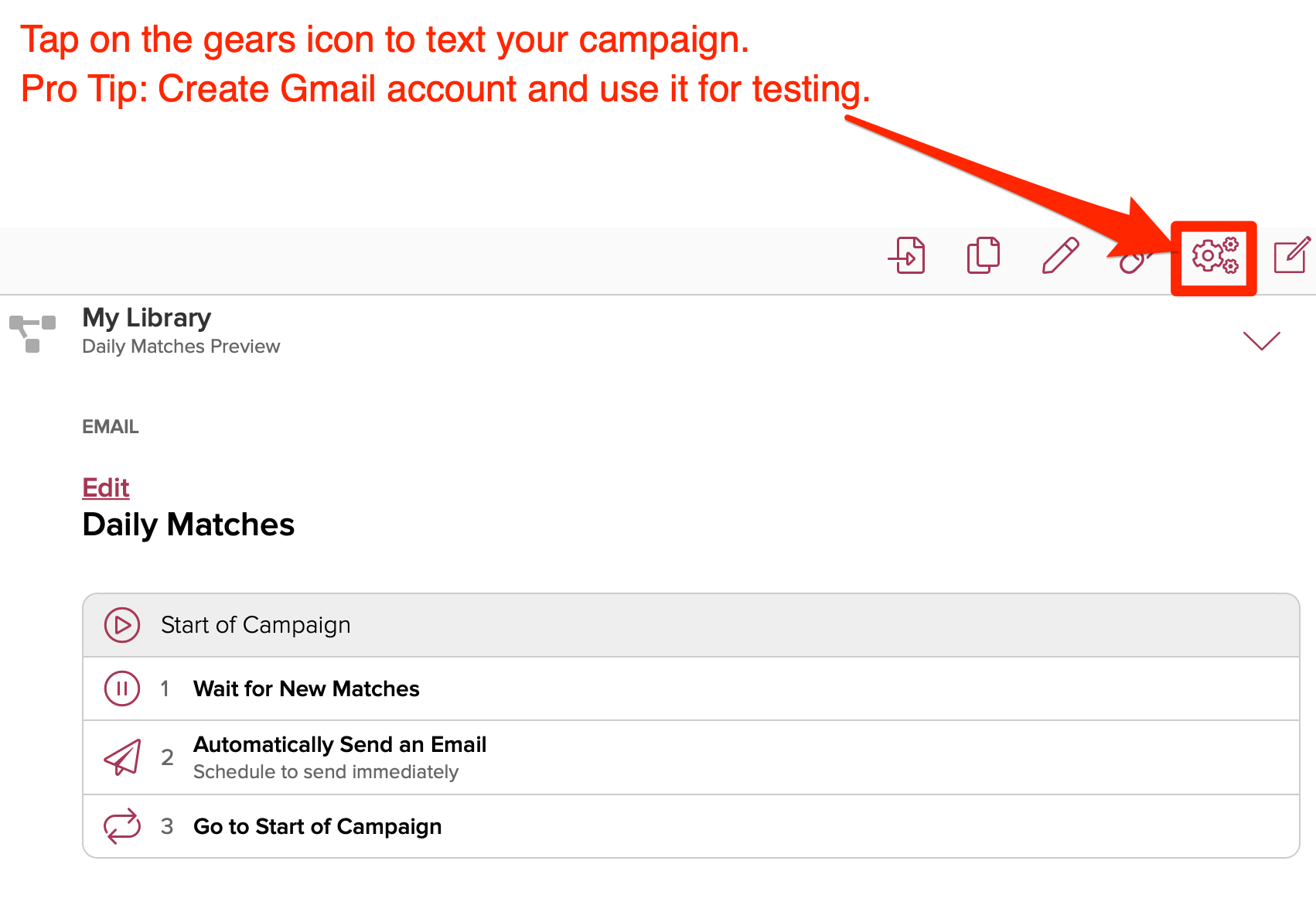 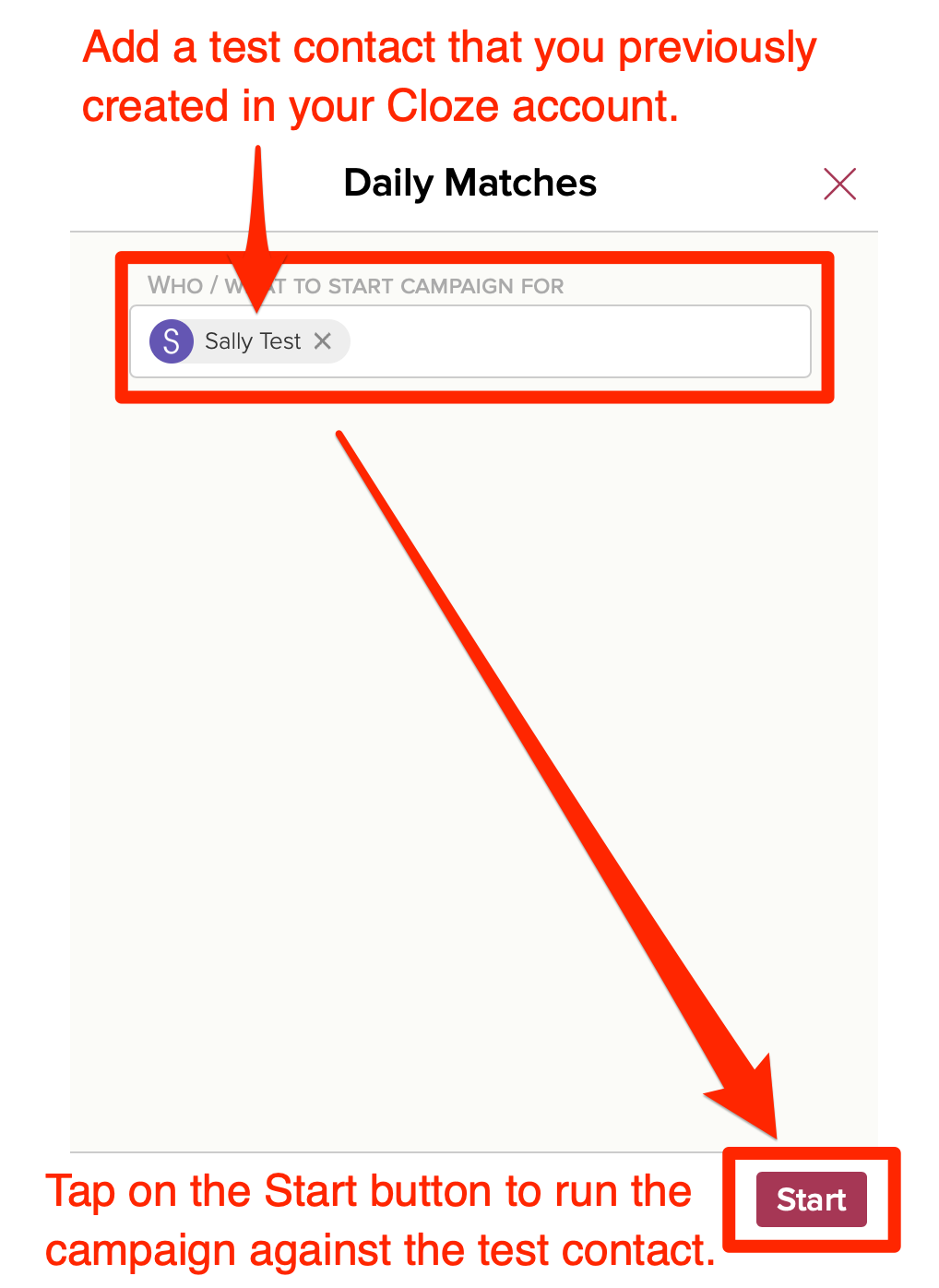 You can accelerate campaigns from Active Campaigns by choosing “Resume”, “Run”, or “Skip” (depending on the situation).

Tap to see a menu of Campaign options: 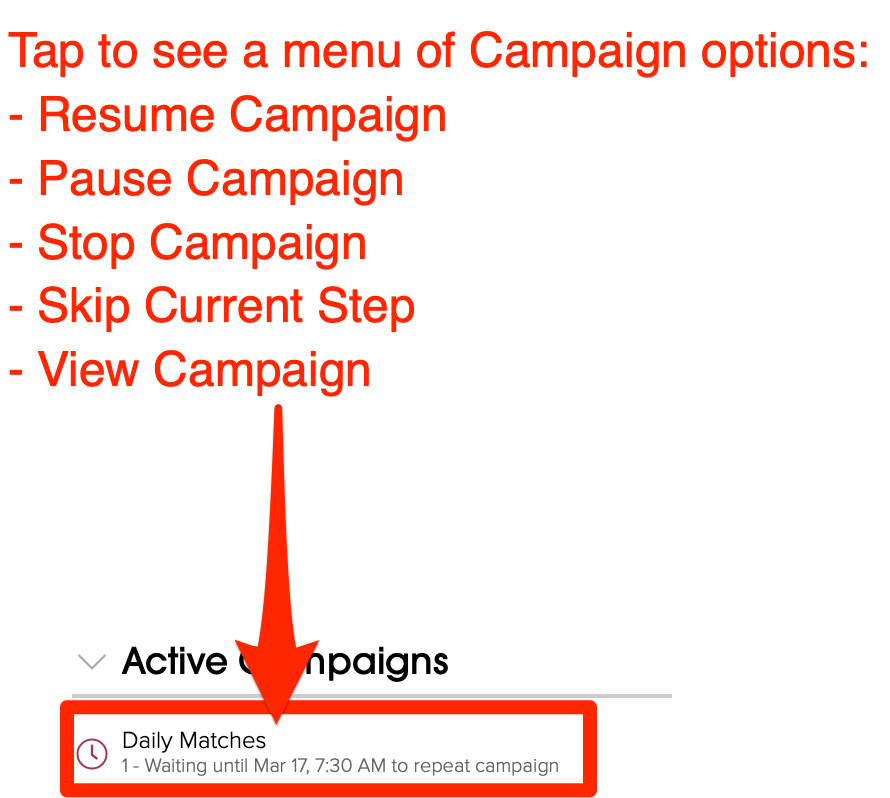 Tap on Resume to accelerate the Campaign if it is waiting. 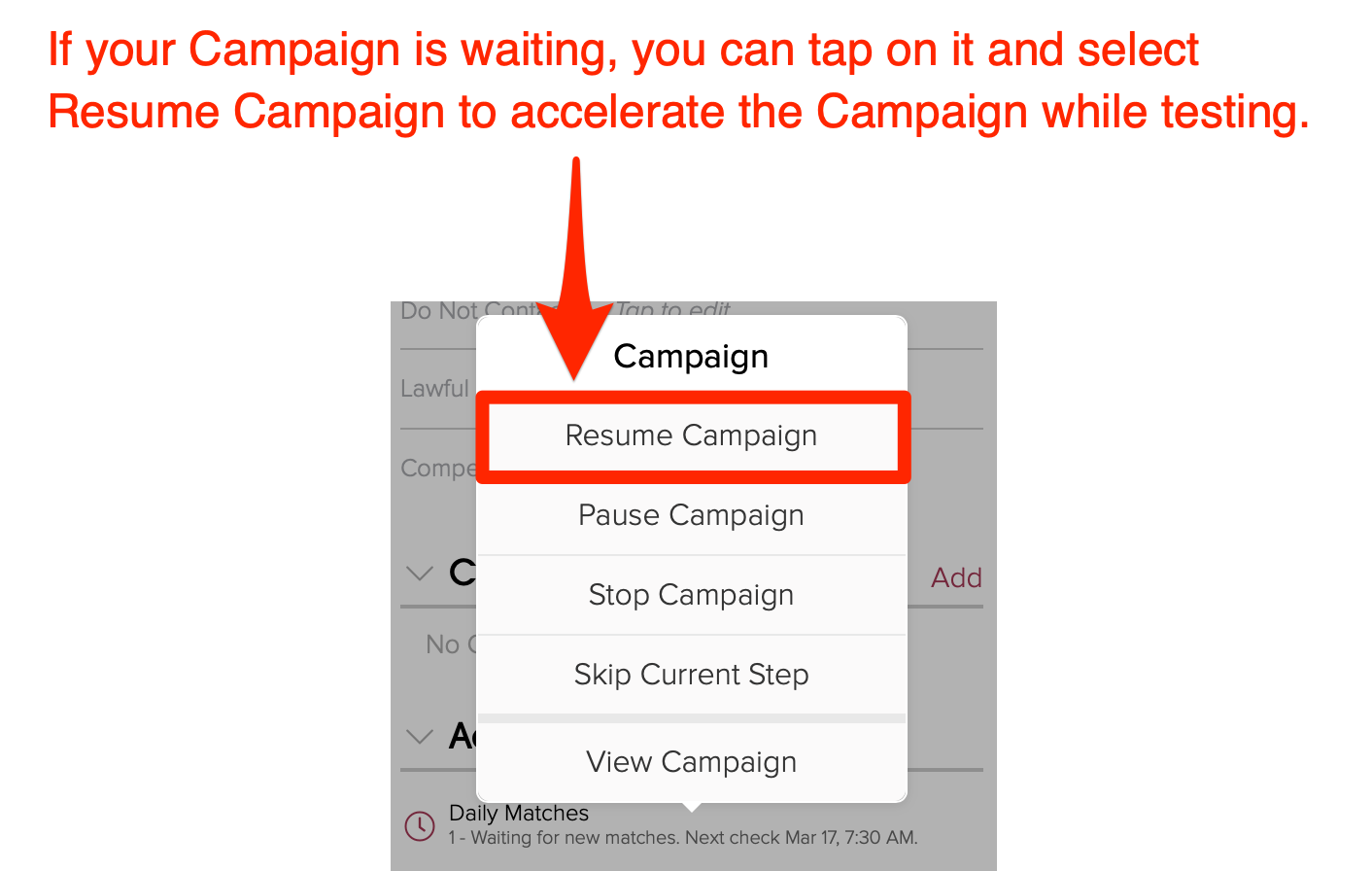 Staying out of trouble

As with any form of automation, there is a lot of value, but also lots of ways to get into trouble (e.g. sending too often).

Campaigns will never repeat the same step more than once a day (unless you manually override) – so you don’t spam your clients.
BUT, if you have multiple sends in a row in a campaign, you can still spam them.
Always pause between sends.
IMPORTANT: Make sure to have a way for clients to opt-out of your automated campaigns
Pro Tip: Take advantage of the built-in Do Not Contact custom field, and Smart Links.

Running Campaigns unexpectedly for Next Steps

Campaigns tied to Next Steps are a double-edged sword
Pro Tip: The first Next Step for a Stage & Segment is the default Next Step

Stop a Campaign that started by accident

Campaigns have a built-in time delay before they start which gives you a chance to stop the Campaign before it does anything.
Or you can change the Stage, Segment, or Next Step if appropriate and this will also stop the Campaign.
Pro Tip: You can turn off the delay – but you shouldn’t. Set it to 1 minute to give at least a bit of recovery time.

If someone else created it, the first time a campaign tries to send on your behalf Cloze will prompt you to approve.
You’ll never be surprised by a campaign written by someone else on your team.
Pro Tip: You can turn this off – but you shouldn’t unless you have explicit approval from your everyone that it’s OK.
Did this answer your question? Thanks for the feedback There was a problem submitting your feedback. Please try again later.
Last updated on July 9, 2021