What is a Cloze Campaign?

Cloze Campaigns are a way to automate follow-up and other processes. You can think of each client as their own, unique "audience of one". Different content can be sent at different times to each person or a Campaign can automate specific actions against each unique person. They consist of a series of steps that happen one after another.

You can stitch together any of the above steps to create a complete Campaign.

How do I create a new Campaign?

You can create a new Campaign in the Cloze Library.

If you are part of a team, Campaigns can be created by your team leader or an administrator and then published when ready. Individual team members can also create their own Campaigns and save them in their own Library.

Here are step-by-step instructions on how to create a new Campaign with Cloze.

What triggers a Campaign to start?

What causes a Campaign to stop?

The Campaign says it should:

How do I edit a Campaign?

There are two types of settings you can adjust for a Campaign:

Here are step-by-step instructions on how to edit the high-level Campaign settings.

How do I edit a Campaign step?

Each Cloze Campaign is made up of a series of steps. Each step has its own set of controls that you can adjust as needed. Tap on the Campaign step (it will turn light blue) to edit the settings.

The Campaign also has its own settings that control the high-level functions like when to start and when to end.

Here are step-by-step instructions on how to edit a Campaign step.

What do the Campaign icons mean?

There are several options you can take on an existing Campaign template: 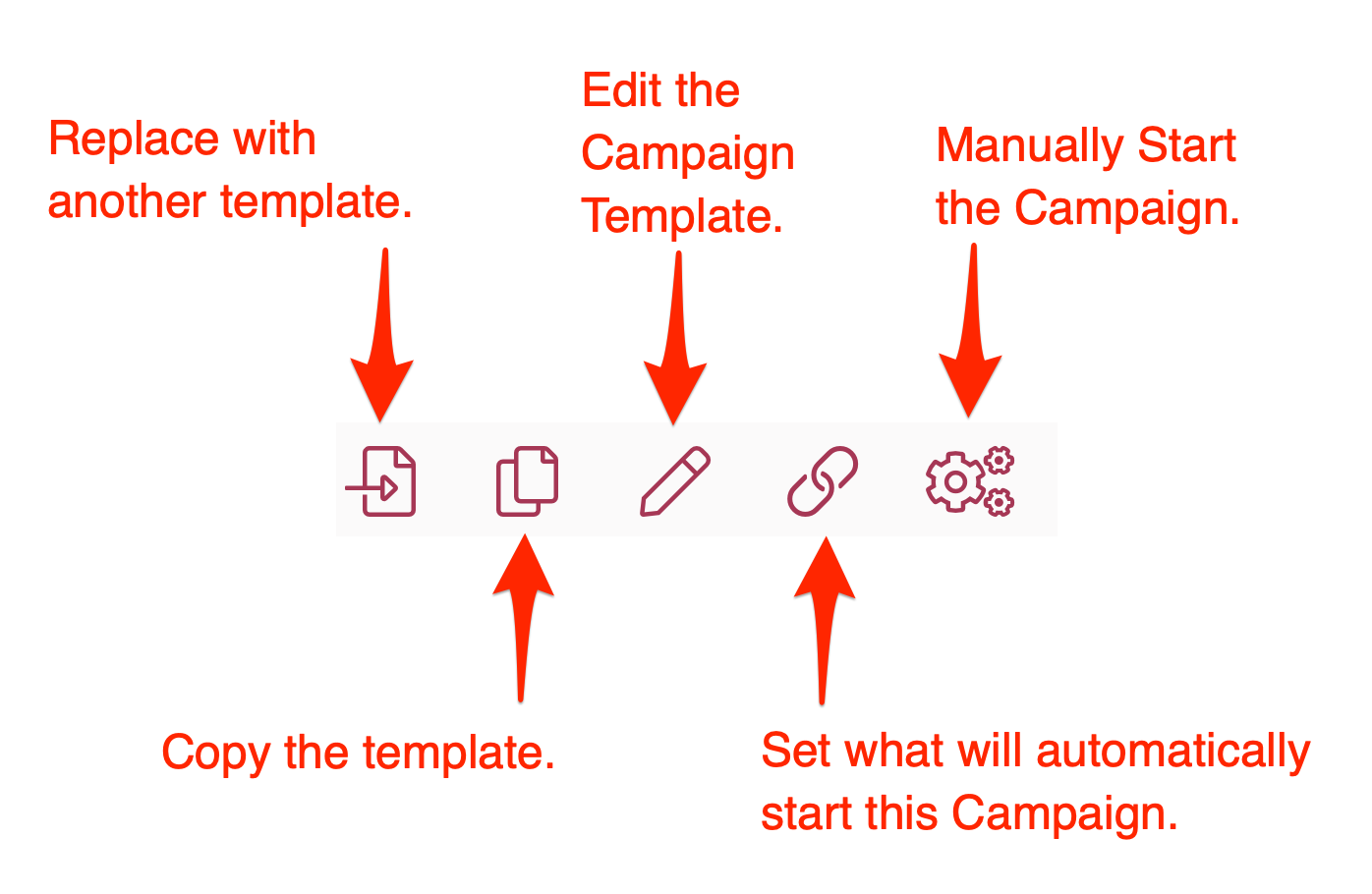 How do I test a Campaign?

Here are step-by-step instructions on how to test a Campaign.