GOAL: Engage a client so they ultimately renew

This Campaign sends multiple messages (emails and texts) to try and get the client to engage. 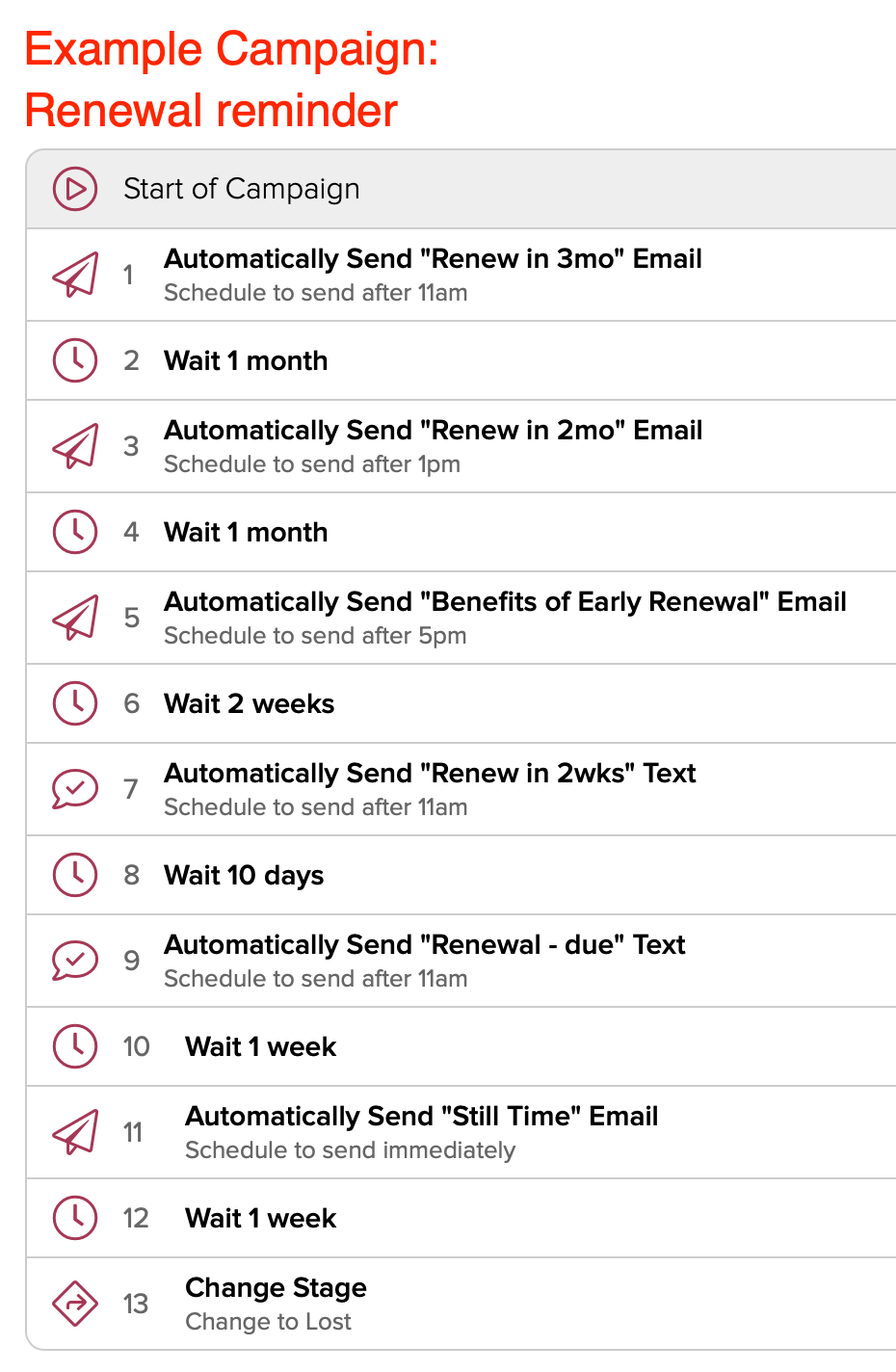 What this campaign does:

How to create a similar Campaign in your Cloze account:

1.) Navigate to the Cloze Library to create the Campaign

Here are step-by-step instructions on how to create a Campaign.

* Cloze Campaigns can automatically send text messages using  Dialpad, RingCentral, or Twilio .
This campaign includes automated actions (like sending an email or adding a todo) and waiting in between these actions before triggering the next Campaign step.

Steps Used in this Campaign:

A couple of tips:

Tip #1: Sketch out your campaign

Add all of the steps you wish to include in your Campaign first, and then go back and add all the details. This gives you a high-level view before you dig into the specifics.

Tip #2: Use Placeholders for templates

If you have not yet created a template you can use a placeholder instead. You can then return to the placeholder template in the Cloze Library to add your content at a later time. This is helpful when you are sketching out a campaign, but haven't yet created all of the content.

3.) Link it to the appropriate Anniversary Field

Once you have created the Campaign you can link it to the "Renewal Date" (or name of your choice) anniversary Custom Field.

Tip #1: Set when you want the campaign to start on the Custom Field.

The Campaign will start based on the reminder set on the Custom Field. In the example below the Campaign will trigger three months before the date set on the Lease Expiration field. Here are step-by-step instructions on how to created and edit an Anniversary Date custom field. 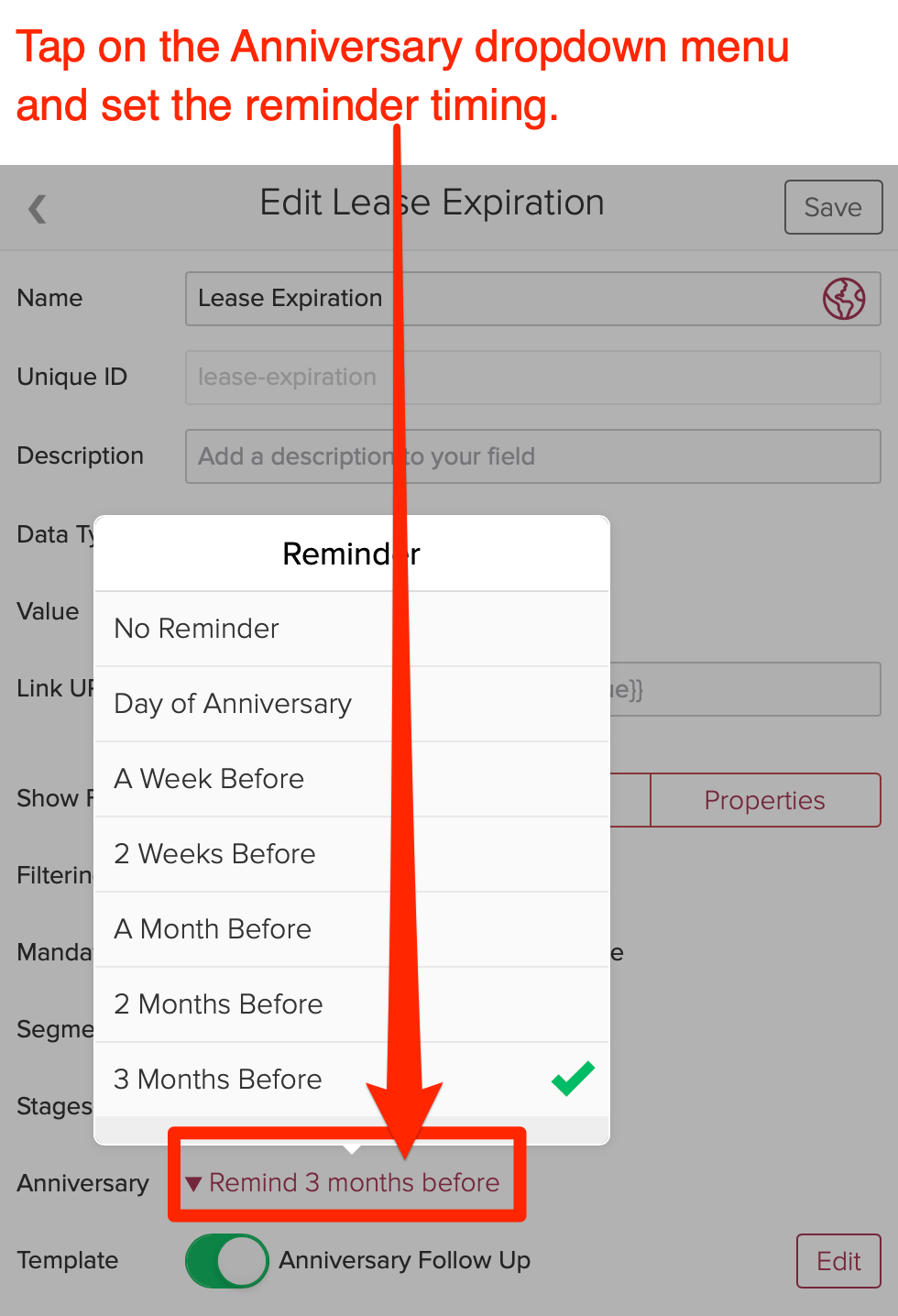 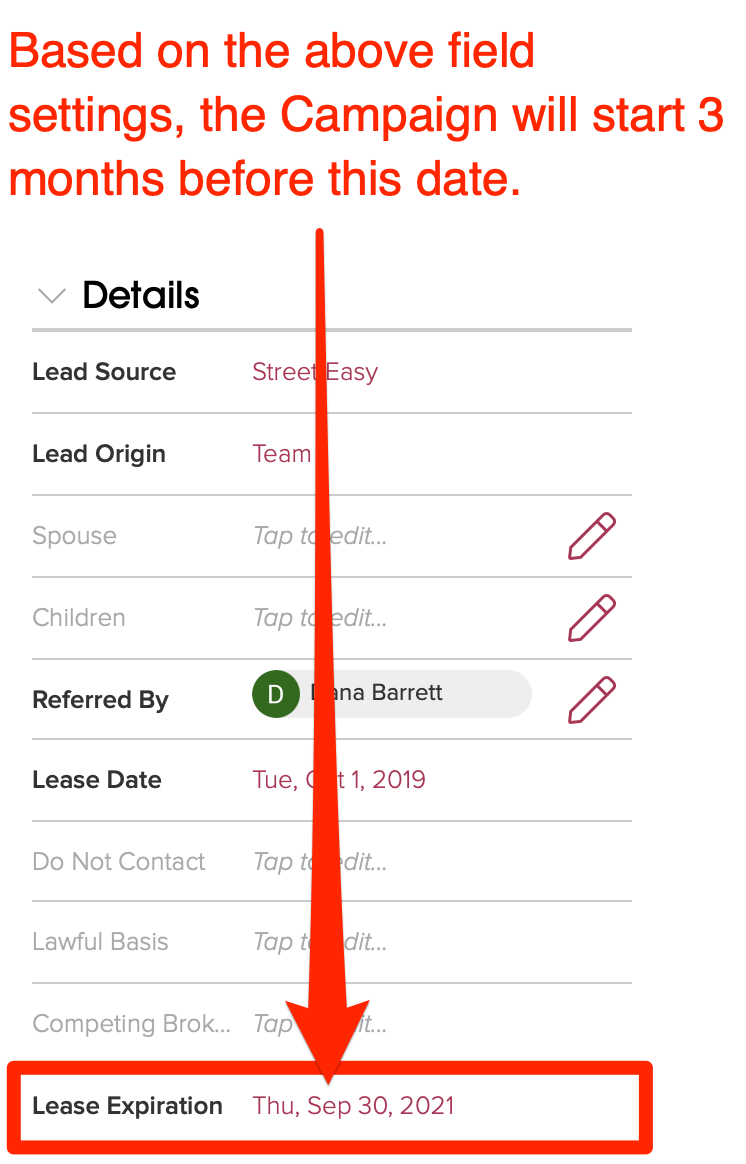 Tip #2: Make sure to enable a template for the Anniversary Custom Field. 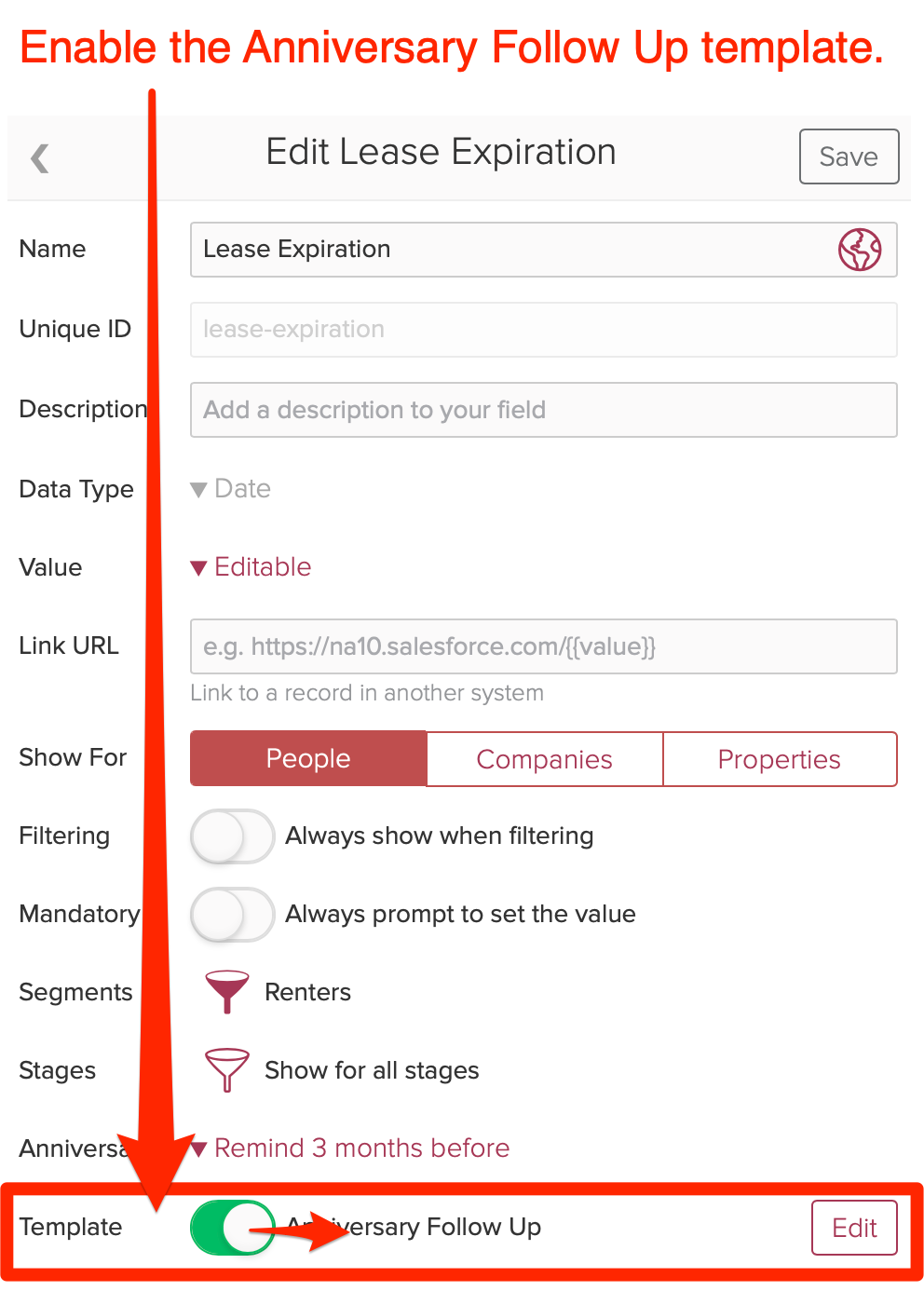 Tip #3: Linking the Campaign to the Next Step 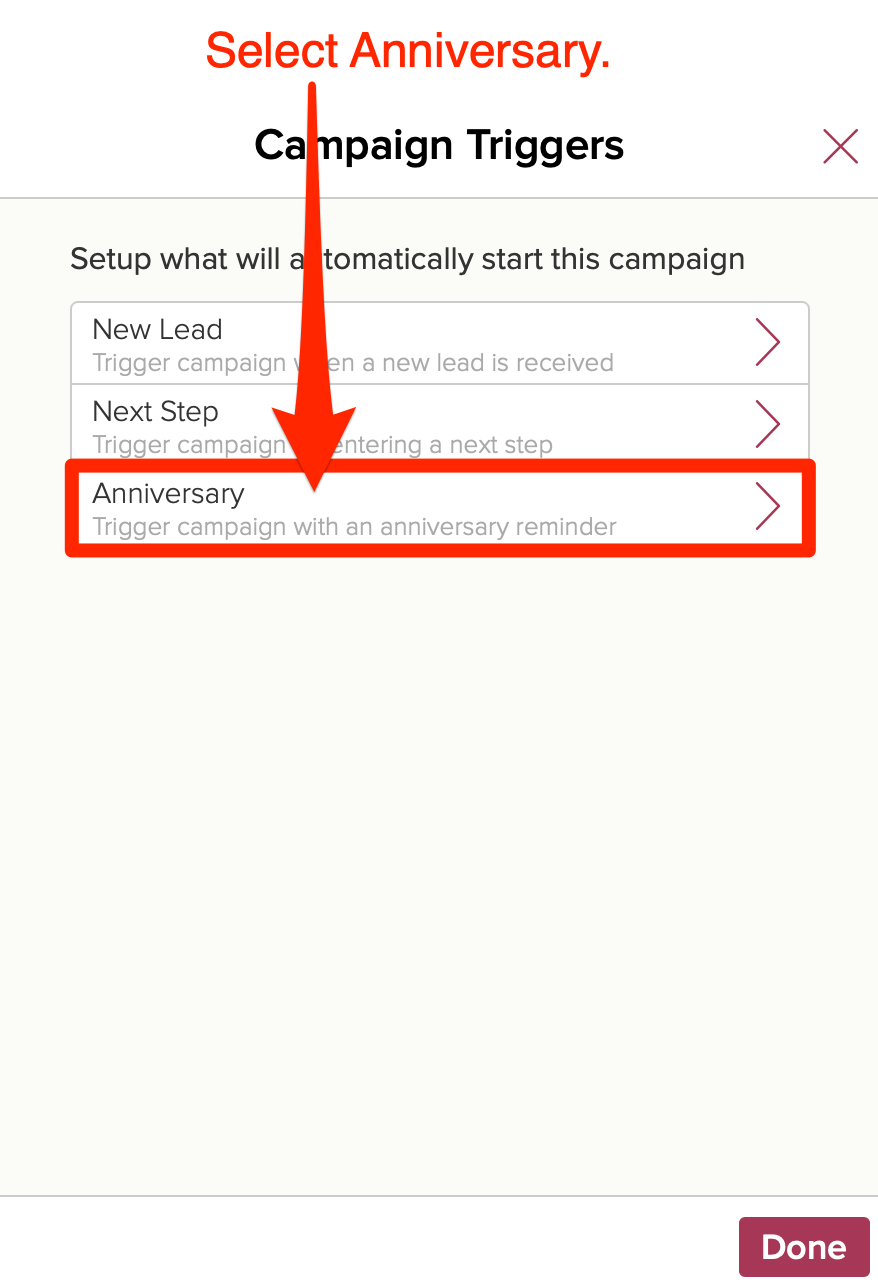 Find the Anniversary custom field and then toggle on the anniversary that will trigger the campaign. 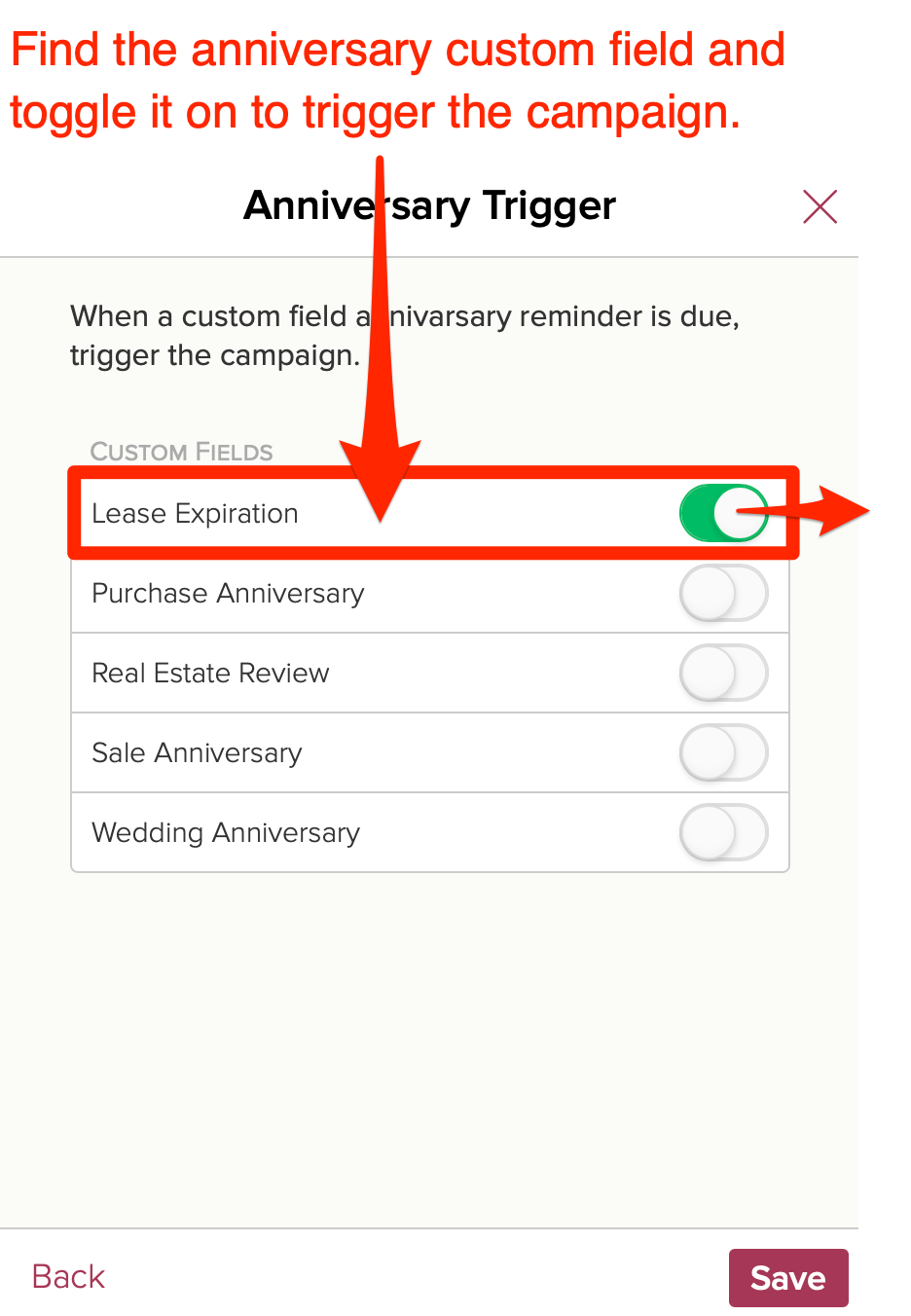 Next, we recommend that you test your campaign.

Here are step-by-step instructions on how to test your campaigns.

We also recommend reviewing these best practices to help avoid any accidental trouble.